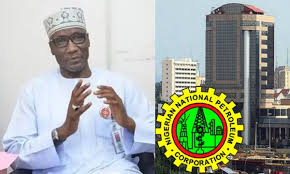 This came in the form of the NNPC renegotiating the cost of the multi-billion dollar project. According to Kyari, the corporation was able to renegotiate the project down from the initial $2.8 billion cost to $2.5 billion.

The NNPC boss, who spoke in Abuja, said: “The cost is $2.5 billion. It was initially $2.8 billion. It was supposed to be financed by local partners, but the local partners were not able to raise the money, which made NNPC to take it up and renegotiated the contract and brought down the sum.

“The project would pay for itself from its own cash flow. This is why the financing was secured from the financiers.”

The AKK pipeline project is planned to aid the Federal Government’s aspiration to boost domestic utilisation of gas in the country and was launched by President Muhammadu Buhari in June this year.

The launch was performed by Buhari virtually from the Aso Rock Villa in Abuja with simultaneous link to two locations: Rigachukun, Kaduna State and Ajaokuta Steel Complex, in Kogi State.

The project, expected to be completed in 24 months, is a section of the Trans-Nigeria Gas Pipeline, TNGP, with the capacity to transport about 2.2 billion cubic feet of gas per day.