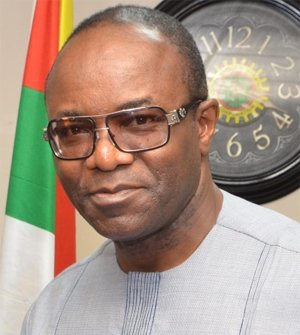 30 November 2017, Sweetcrude, Abuja – The Nigerian National Petroleum Corporation (NNPC) is seeking buyers who will pay $3.5 to $5 billion and get its value in crude oil between five and seven years.

Reports indicate that the money will be used to fund oil and gas upstream projects and infrastructure.

According to the report, Standard Chartered has been hired to advise on the cash-for-crude prepayment deal.

It is expected that a decision will be reached before the end of the year as three companies who would receive 70,000 barrels per day of crude are the target.

Seven companies including Glencore, Vitol and Trafigura are said to be contending for the deal.

Vitol already has a major presence in Nigeria after buying petrol stations via a joint venture with local producer Oando and private equity fund Helios.

Alongside Trafigura, the company is also involved in a swap scheme to deliver refined products in exchange for crude.

Nigeria’s NNPC has had cash-flow problems for years and has been chronically behind payments for its stakes in upstream joint-ventures with Shell, Chevron, Total, Eni, and ExxonMobil.

NNPC has already leveraged over 300,000 barrels per day of crude to cover current fuel imports via a crude-for-product swap scheme as well as debts to traders dating back nearly a decade.