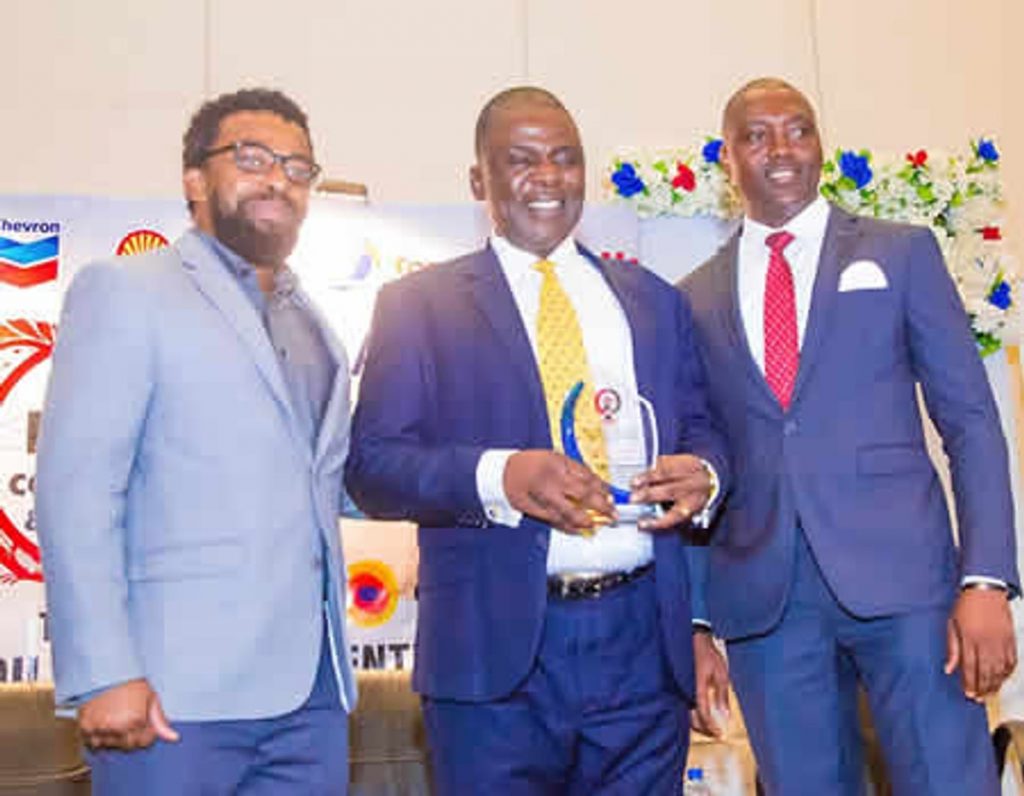 The award, which is in recognition of Ughamadu’s immense contribution to energy reporting and the journalism profession was bestowed on him at the 2019 edition of NAEC Annual Conference and Awards which held in Lagos recently.

Commenting on the award, NAEC Chairman, Mr. Olatunde Dododanwa, said the contributions of Ughamadu to energy reporting in Nigeria was invaluable and remained indelible in the hearts of its members, stakeholders, oil and gas practitioners and students who relied on his in-depth analysis of industry issues to make informed decision.

He lauded the mentorship trait and the leadership quality of the NNPC spokesman, which, he said, served as encouragement to the younger generation of reporters.
In his acceptance speech, Ughamadu thanked NAEC for counting him worthy of the award, saying it was least expected.

He charged energy reporters to commit to the ethics of journalism as a profession, saying as the fourth estate of the realm, they should strive to achieve excellence at all times through a fair and balanced reportage of industry issues.

Ughamadu, resigned his lucrative job as Economic Analyst in an international company, Management Group International, MGI, to join the newly created Economic News unit of the News Agency of Nigeria, NAN in 1983. In 1984, the then General Manager of the Daily Times Publications, Prince Tony Momoh (who later became Information Minister), “poached” Ughamadu from NAN to be a specialised journalist in the Daily Times Group with emphasis on economy and energy reporting.

As Group Energy Editor of the Daily Times conglomerate, Ughamadu, to the delight of many and the oil sector in particular, critically analysed and critiqued the industry. It was not surprising that the Federal Government appointed him severally as a member of Nigeria’s delegation to many International Petroleum events, including the World Petroleum Congress, WPC.

He received several letters of commendations for informed commentaries on the oil industry from many past Petroleum Ministers, including Professor Tam David- West and Dr. Rilwanu Lukman.