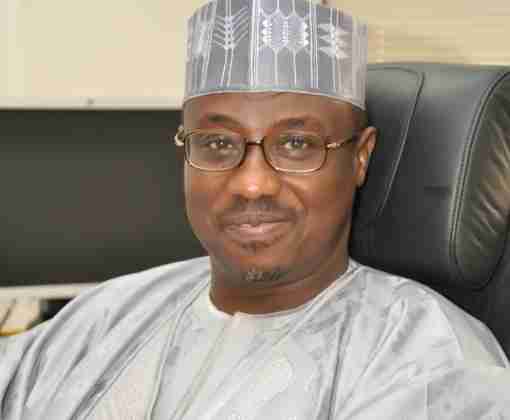 15 May 2018, Sweetcrude, Abuja — The staff of the Nigerian National Petroleum Corporation, NNPC, under the aegis of Petroleum and Natural Gas Senior Staff Association of Nigeria (PENGASSAN), has commended the Group Managing Director of the corporation, Mr. Maikanti Baru, for making staff welfare paramount.

In a statement in Abuja, the NNPC further stated that PENGASSAN Corporate Headquarters branch of the NNPC also conferred the union’s highest award of prudence and integrity on Baru.

Duru noted that the continuous harmonious working relationship between the current management and staff were because of the sterling leadership of Baru and his management team, assuring that the unions would continue to provide all the needed support to enable it to deliver on its mandate.

“We in the union describe you, Dr. Maikanti Baru, as ‘Talk Na Do’ because since your assumption of office, you have always kept your promises to the union and we felt that we should confer this highest award on you in appreciation of your positive industrial relations. We the staff and our retired colleagues would always live to remember you and be proud of you for impacting our lives positively,” Duru stated.

Speaking in the same vein, the National General Secretary of NNPC Retired Staff Association, Comrade Pajara Ndiuno, thanked the NNPC boss for having the interest of both staff and retirees at heart, stressing that his leadership style has given them a sense of belonging.

He said the NNPC retirees would always pray to God to continue to give Baru wisdom and sound health to pilot the affairs of the corporation aright for the common good of the Nigerian people and the economy.

He lauded the NNPC boss for ensuring uninterrupted supply and distribution of petroleum products across the nook and cranny of the country, adding that the retirees were proud of his job performance.

In his response, Baru thanked the union for conferring its highest award on him, assuring that he and his management would continue to maintain harmonious working industrial relations with the entire staff.

“I will start by thanking the unions, especially PENGASSAN, for always demonstrating exceptional leadership. You have shown by your action since this management came on board that it is not only when you want to negotiate with management that you approach us, but you always commend and appreciate us when we are doing well. As a union, you have always shown maturity which as senior staff is expected,” Baru stated.

He assured that the drive of the current management was to ensure that the morale of staff and the retirees always receive a boost to guarantee a healthy operating environment.