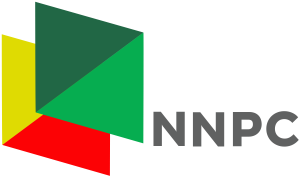 Abuja — NNPC Ltd has commenced development drilling at Kolmani oilfield straddling Bauchi and Gombe states in the northern part of Nigeria.  The field is reported to have reserves of 1 billion barrels of crude oil.

NNPC Ltd first announced in 2019 the discovery of crude oil, gas and condensate in commercial quantity in the Kolmani region between Bauchi and Gombe states in northeastern Nigeria, a region that is battling an Islamist insurgency.

President Muhammadu Buhari launched the Kolmani Integrated Development Project in Bauchi State, marking the beginning of moves to exploit oil and gas in the northern part of the country.

He said over 1 billion barrels of oil reserves and 500 billion cubic feet of gas was discovered within Kolmani Oil Prospecting Lease 809 and 810.

“It is therefore to the credit of this administration that at a time when there is near zero appetite for investment in fossil energy, coupled with the location challenges, we are able attract investment of over $3 billion to this project,” Buhari said at the ceremony to start the oil project.

About 50,000 barrels of oil per day production is expected from the field during the first phase of the development.

No oil major is involved in the Kolmani project, which is being developed by NNPC, local firm Sterling Global Oil and New Nigeria Development Commission, a conglomerate owned by 19 states in northern Nigeria, Reuters reports.

Nigeria has for years been searching for oil in frontier basins in the largely poor north of the country, including the Lake Chad Basin, the heartland of the Islamist insurgency.

Buhari urged the NNPC and its partners to work with local communities and draw lessons from the restive Niger Delta, where militants have in the past blown up pipelines, accusing oil companies of neglecting locals.

Oil was first discovered in the Niger Delta more than six decades ago.

Oil majors in Nigeria are divesting from onshore projects to focus on offshore drilling due to increasing insecurity and oil theft, which has seen a decline in production and the country losing its status as Africa’s top oil producer.