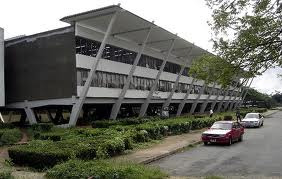 07 August 2012, Sweetcrude, Lagos – The NNPC/Chevron Joint Venture has announced the award of 10 million Naira to ten post-graduate students of the Obafemi Awolowo University (OAU). The award is a tuition scholarship for their Professional Masters Degree Programme in the Department of Geology.

At the cheque presentation ceremony held at the Chevron office in Lagos, Supo Shadiya, Director, CNL/NNPC Joint Venture said; “The Professional Masters in Geo-sciences is a unique one because it is in partnership with the industry which brings to bear practical knowledge that enables students to participate and gain experience quickly.”

He said the company was very pleased to partner with the academia in improving the educational system in OAU and advised the awardees to make the best use of the opportunity. He noted that the process of select ion was very rigorous and the success of this initial scholarship programme would determine if it would be replicated by the company in other higher institutions.

Mrs. Femi Asubiojo, the University Librarian and the leader of the OAU delegation, who received the cheque and responded on behalf of the Vice-Chancellor, Prof. Bamitale Omole, thanked the company for the sponsorship. She noted that the Professional Masters Degree Programme would allow the students contribute to the development of the country in their respective areas of specialization.

Similarly, Olatunbosun Olatundun, one of the beneficiaries who spoke on behalf of the scholars, thanked CNL for its contribution to human capacity development. She expressed her commitment and other beneficiaries to working hard to produce excellent results at the end of the programme.

The scholarship award is part of CNL’s Corporate Responsibility programme aimed at human capacity development in the oil and gas industry. The company has multiple scholarship schemes nationwide from which about 6,000 students benefit annually in addition to other support to different tertiary institutions in form of donations of infrastructure, science laboratories, books, computers, among others.