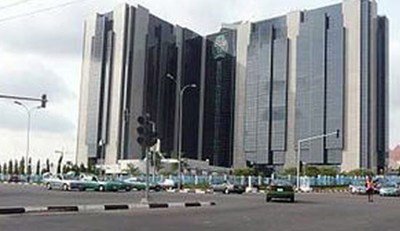 15 June 2018, Sweetcrude, Lagos — Nigeria has not made any significant deposit into her Excess Crude Account (ECA) between July 2017 and January 2018, when crude oil price began to rise, experts have observed.

According to these experts which included a former Vice President (Africa Region) of the World Bank, Dr. Obiageli Ezekwesili; former Minister of State for Petroleum Resources and Chairman of the Nigeria Natural Resource Charter (NNRC) Expert Advisory Panel, Mr. Odein Ajumogobia; former Director of the Department for Petroleum Resources (DPR), Mr. Osten Olorunsola; and a member of the Central Bank of Nigeria (CBN) Monetary Policy Board, Prof. Adeola Adenikinju, the absence of rules of practices governing deposits, withdrawals and investments of the ECA were affecting the management of account.

The experts observed this at a recent savings and stabilization mechanisms roundtable organized by the NNRC and Oil Revenue Tracking Initiative (ORTI) in Lagos.

A communique at the end of the meeting was made available to media.

In it, the experts which also included other members of the NNRC Expert Advisory Panel such as Mr. Sam Daibo; Dr. Ukoha Ukiwo; and Ms. Ronke Onadeko, as well as officials from relevant government ministries and departments, said Nigeria required an improved legal, policy and advocacy frameworks for the ECA and other stabilization funds she has to be more effective and beneficial to citizens.

They expressed disappointment that despite the country earning monies estimated to be in excess of a trillion dollars from oil, there have not been any significant savings or being able to translate into productive capital through human development, physical infrastructure and institution building.

Thy equally argued that the country earned these monies from five cycles of oil booms but made no significant savings.

“The huge revenue from oil has not translated to real improvement in the welfare of citizens.

According to the National Bureau of Statistics, 60 per cent of the population still lives below the poverty line. “Corruption, mismanagement of oil reserves and lack of diversification in the export sector all have an important role to play in our slow economic growth and high poverty levels,” they said.

They added that: “Nigeria is a dysfunctional economy suffering from Dutch disease, as non-oil sectors contribute over 90 per cent to GDP yet generate less than 10 per cent to government revenue.

“There has been no significant increase in the ECA despite rallying oil between July 2017 and January 2018. Appropriations from the Excess Crude Account had previously gone through the FAAC.

“In the past three years, however, this does not seem to be the case. Withdrawals from the ECA are not disclosed to the FAAC even when appropriately documented elsewhere.

“Successive governments have not followed due process and have not been transparent in the management of the ECA. The absence of rules or practices governing deposits, withdrawals and investments of the ECA led to Nigeria being ranked the most poorly governed sovereign wealth fund among 33 resource-rich countries in a 2017 report by the Natural Resource Governance Institute,” they explained.

In their recommendations however, they posited the country could: “Enact a constitutional amendment of section 162 of the 1999 Constitution with provisions that guarantee automatic savings of surplus revenues from oil, gas and minerals with the Nigeria Sovereign Investment Authority (NSIA); politically negotiate and agree binding rules for ECA revenue inflows and outflows until such a time as the constitutional amendment is effected to entrench the Excess Crude Account.”

They equally asked that the country, “Mandate transparency and accountability with disclosure and reporting requirements on deposits and withdrawals from the ECA,” while the federal and state governments should seek a speedy resolution of pending Supreme Court cases on the constitutionality of remittances to the EVA and NSIA