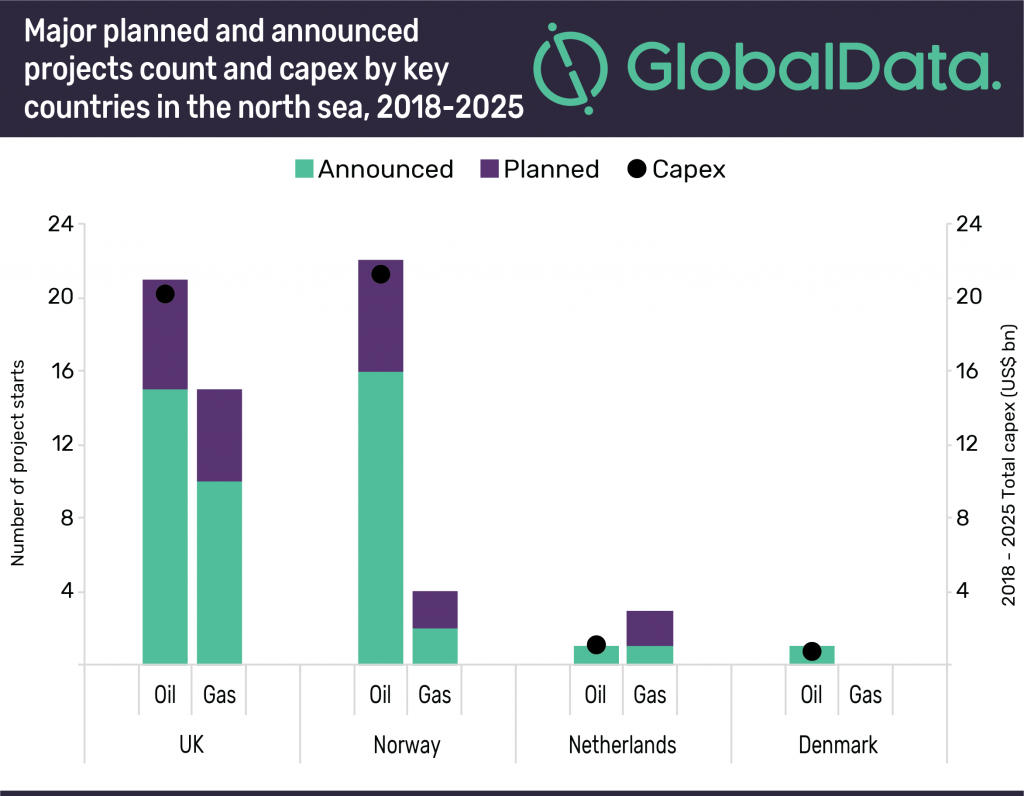 25 October 2018, Sweetcrude, Lagos — The highest operatorship energy company in the North Sea is Equinor ASA with nine planned and announced projects during 2018–2025, says GlobalData, a leading data, and analytics company.

GlobalData’s latest report, ‘H2 2018 Production and Capital Expenditure Outlook for Key Planned Upstream Projects in the North Sea – Equinor ASA Leads in Total Oil and Gas Production’, reveals that a total of 67 crude and natural gas projects by four countries operating in the North Sea are expected to start operations during 2018–2025. New project investment in the North Sea is expected to be US$43.1bn with around US$18.9bn being spent to bring the planned projects online and US$24.2bn invested on key announced projects.

Jonathan Markham, Energy Analyst at GlobalData comments, “In 2025, key projects in the North Sea are expected to contribute about 1,327.4 thousand barrels of oil per day (mbd) of global crude and condensate production and about 1,924.4 million cubic feet per day (mmcfd) of global gas production. In terms of the number of planned oil and gas projects, the UK leads with 11, followed by Norway and the Netherlands with eight and two, respectively. The UK also leads in terms of announced projects with 25, followed by Norway and the Netherlands with 18 and two, respectively.”

Norway is expected to invest the highest capital expenditure (capex) of US$21.2bn during 2018-2025 comprising US$12.8bn on key planned projects plus US$8.4bn on announced projects.

The UK comes a close second with a planned capex spend of US$20.2bn which includes US$5.6bn on key planned projects and US$14.6bn on announced projects during the same period.

Equinor ASA, Lundin Petroleum AB, and Petoro AS have the highest level of spending on planned projects with US$6.4bn, US$2.2bn, and US$1.9bn, respectively.