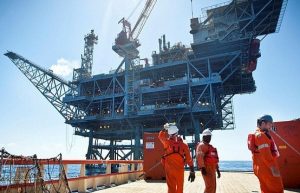 Oslo — Norwegian offshore workers will likely go on strike on Tuesday in a stoppage that will cut oil and gas output as the negotiating parties have not made progress, the union and the lobby representing oil companies said on Monday.

“As it stands now, there will be a strike tonight,” a spokesman for the Norwegian Oil and Gas Association (NOG) told Reuters. “The situation is quite locked … No talks are scheduled today.”

Industrial action will begin at midnight local time (2200 GMT) at three fields – Gudrun, Oseberg South and Oseberg East – and will then expand at three other fields – Kristin, Heidrun and Aasta Hansteen – from midnight on Wednesday.

A seventh field, Tyrihans, will have to shut because its output is processed from Kristin.

The Lederne union said on Monday it would further escalate the industrial action from July 9, taking workers on strike at the Sleipner, Gullfaks A and Gullfaks C platforms.

“As things stand now, it looks like there will be a strike,” Lederne union head Audun Ingvartsen told Reuters.

By Wednesday, a strike would cut the country’s gas output by 292,000 barrels of oil equivalent per day, or 13% of output, NOG said on Sunday.

Oil output would be cut by 130,000 barrels per day, the lobby added, corresponding to around 6.5% of Norway’s production, according to a Reuters calculation.

By July 9, Sleipner, Gullfaks A and Gullfaks C would likely stop producing, as Lederne members are senior workers considered essential to production, with potential ripple effects on other fields which pump their product via those fields.

If they did, it could reduce the output of crude and other oil liquids by another 160,000 boed and natural gas output by close to 230,000 boed, according to a Reuters calculation.