Norway steps up security for offshore oil and gas

Lagos — With the help of its NATO allies, the government of Norway is stepping up the security presence around the nation’s oil and gas infrastructure, offshore and onshore.

Members of the Norwegian Home Guard have been called up to provide military protection for the Nyhamna and Kollsnes terminals, the Mongstad oil refinery and the Kaarstoe natural gas processing plant, boosting the police presence at these key facilities. 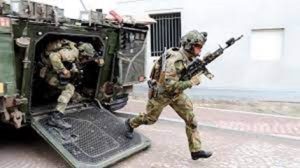 Norway’s ministry of defense said that the “Norwegian Armed Forces are now more present and visible in the areas around our oil and gas installations,” providing more presence and deterrence. This also means “frequent and regular sorties with the F-35 fighter jets,” including flyovers of the Draugen and Heidrun oil fields on Friday.

The ministry was deliberately vague on the details of its other security provisions, noting that “knowledge about these measures makes it easier for an actor to avoid them, and in next place reducing the overall security.”

The suspected sabotage of the Nord Stream 1 and 2 pipelines has injected new urgency into plans to secure oil and gas infrastructure in Europe, and Norway’s production and pipelines systems top the list of priorities. Norway is on track to export about 90 bcm to Europe this year, and now that Russian supplies have slowed to a trickle, Norwegian gas is essential to the EU’s energy security.

Germany, Slovakia, Hungary, and the Czech Republic and Austria are especially reliant on Norway’s pipeline gas, which is one of just two options they can draw upon to offset a collapse in Russian gas import volumes, according to a recent research note by Mike Fulwood, senior researcher at the Oxford Institute for Energy Studies. Any damage to Norwegian gas production or export infrastructure could have serious ramifications for these nations’ economies, and for the EU as a whole. Norway’s NATO allies have a powerful economic incentive to help secure that infrastructure.

“We’re in a dialogue with our allies regarding increased presence in the Norwegian [offshore] sector and have said yes to contributions from Germany, France and Britain,” Prime Minister Jonas Gahr Støre told Reuters. “It’s natural that our allies sail alongside our ships.”