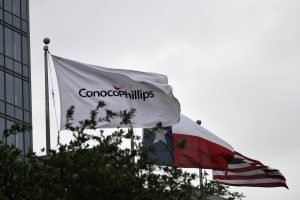 Oslo — Norway’s wealth fund will have to divest its holdings in ConocoPhillips and Hess after both U.S. oil companies were added to a list which effectively excludes them from the Nordic country’s portfolio.

As part of Norway’s efforts to shift its $1 trillion “rainy day” fund away from oil, the country’s parliament on Wednesday adopted a plan to drop all dedicated oil and gas explorers and producers, as defined by stock market indices provider FTSE Russell, from the fund’s benchmark index.

ConocoPhillips and Hess were both added to the list of those classified as “exploration and production” this month, FTSE Russell said, with the change coming into effect on June 24 after a regular review.

Further changes to the list are possible in the next few weeks as FTSE Russell is making alternations to its so-called Industry Classification Benchmark (ICB) framework, with those changes expected to take effect on July 1.

Norway’s wealth fund data shows it held a stake in ConocoPhillips of 1%, worth $714 million, at end-2018, as well as $64 million worth of corporate bonds issued by the oil major, which was not immediately available for comment.

Selling out of this would mark the first divestment from one of the world’s oil majors by the fund, which can still invest in those that have refineries and other downstream activities, so-called integrated companies such as Royal Dutch Shell and ExxonMobil.

Norway has said the decision is to reduce the exposure of the country’s wealth to the risk of a permanent drop in oil prices, but environmental campaigners have seized on it as example of an investor turning away from the oil industry.

“This is of course great news for Norway since this means another big egg out of the Norwegian oil basket, but other oil companies should see the writing on the wall: transform or die.” Martin Norman, Sustainable Finance Campaigner at Greenpeace in Norway, said of the move by Norwegian lawmakers.

Norway pools its revenues from oil and gas production into the sovereign wealth fund, which declined to say on Thursday what its stakes in ConocoPhillips and Hess were now worth or whether it had already sold them.

“We don’t comment on single companies,” said a spokesman for the fund, which has previously said any divestments would take place gradually and over time. The finance ministry said the fund’s exclusions would track FTSE Russell’s classification.

Wednesday’s decision by Norway, which also included a tightening of rules regarding the way the fund can invest in coal, is the biggest single divestment from fossil fuels ever at an estimated $14 billion, environmental campaigners said.

The next big one is a planned commitment by insurer Axa to divest 3.5 billion euros from coal and oil sands by 2020.

“It makes sense that the Norwegian Oil Fund divests from oil majors like ConocoPhillips, which have become increasingly speculative with a weak future outlook,” Kathy Hipple, a financial analyst at the Institute for Energy Economics and Financial Analysis, said.

“The poor risk-return profile of the oil and gas sector no longer fits the fund’s objectives.”

Norway’s central bank, which manages the fund, called in 2017 for the removal of all oil and gas stocks from its benchmark index to reduce its exposure to the risk of a permanent drop in oil prices.

This proposal, which would have affected some 6% of the fund’s holdings, worth around $37 billion, was rejected by the Norwegian finance ministry which instead put forward the plan adopted this week by lawmakers and affects just 1.2% of the fund’s overall equity holdings.

ConocoPhillips continues to produce oil from Norway’s Ekofisk field, which Phillips Petroleum discovered in 1969 and was the first oil discovery made off the Norwegian coast, kickstarting what has become the Nordic country’s top industry.