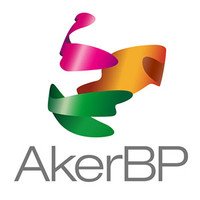 “The proposed combination has strategic, and value accretive benefits and the combined company will be characterized by increased scale, world-class quality, and high returns,” Aker BP and Lundin said in a joint statement.

The transaction will be settled through a cash payment of $2.22 billion and a share consideration of 271.91 million new shares issued from Aker BP and distributed to the Lundin Energy AB shareholders.

“We are now creating the E&P (exploration and production) company of the future which will offer among the lowest CO2 emissions, the lowest cost, high free cash flow and the most attractive growth pipeline in the industry,” said Aker BP Chief Executive Karl Johnny Hersvik, who will remain CEO.

The companies could realise synergies of some $200 million per year in the form of cost cuts and other operational synergies, Hersvik told a conference call.

Aker BP also announced a 14% increase in its quarterly dividend to $0.475 per share from January 2022 and aims to further increase this dividend by a minimum of 5% every year from 2023 as long as oil prices stay above $40 per barrel.

Norway’s top oil producer is state-controlled Equinor which in 2020 pumped on average 1.32 million boed from the Norwegian continental shelf.

Closing of the Aker-Lundin deal, which depends on regulatory and shareholder approvals, is expected in the second quarter of 2022.