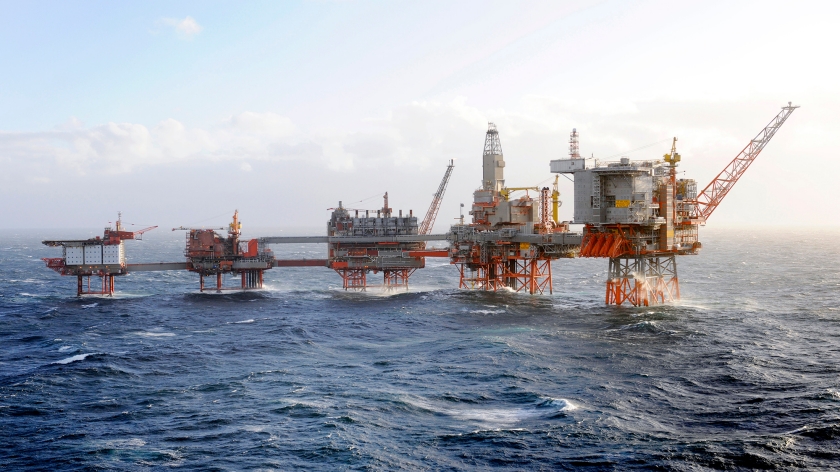 Oslo — The Norwegian government has sharply cut its crude oil price forecast and the expected cash flow it will receive from the oil and gas industry after global demand plunged, its revised 2020 fiscal budget showed on Tuesday.

Norway is Western Europe’s largest oil and gas producer, with the industry accounting for about 40% of its exports and about a fifth of the state’s revenues.

Brent crude fell below $16 a barrel on April 22, its lowest level in more than two-decades, although it has started to rebound amid production cuts and some signs of demand picking up as countries ease COVID-19 related lockdowns.

Norway now expects net cash flow from the oil industry to the government of 97.8 billion crowns ($9.53 billion) this year, down from the 245 billion predicted in the original draft budget in October.

Revenues are expected to fall due to lower oil and gas prices, while temporary tax relief measures are seen boosting oil firms’ liquidity by as much as 100 billion crowns over a two-year period.

Under the government’s proposal, the companies will be allowed to write-off investments more quickly, effectively postponing tax payments until later years, with the headline tax rate on profits remaining at 78%.

The Norwegian Oil and Gas Association, an industry lobby group, said the government’s proposal was not sufficient to spur investment in new projects however, and called on parliament to do more.

“The government’s proposal does not protect the jobs, value creation and expertise the country needs for the future,” the group said in a statement on Tuesday.

The government cut its oil price assumption for 2020 to 331 Norwegian crowns ($32.17) per barrel from a forecast of 476 crowns last October. It assumes the oil price will be only slightly higher at 353 crowns per barrel in 2021.

Norway has agreed to cut its oil output from June until December, following the cuts agreed by the OPEC+ group of oil producing nations, which also affects the state’s income.

Oil futures rose on Tuesday, boosted by an unexpected commitment from Saudi Arabia to deepen production cuts in June, with North Sea oil trading 1.4% higher at $30 a barrel, but still less than half the price at the beginning of the year.