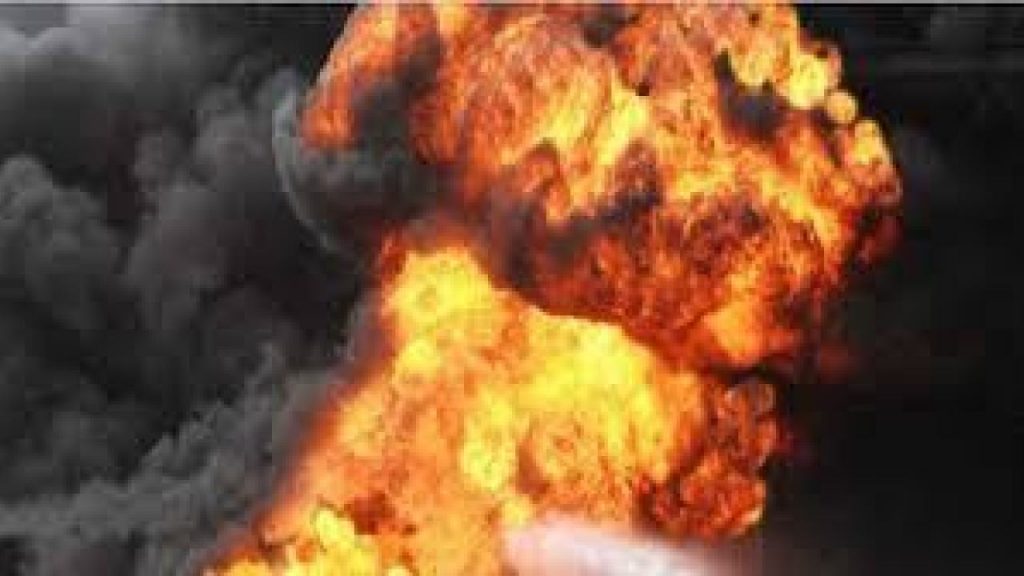 Recall that on Thursday, 20th of June 2019, an high-pressure 2E pipeline belonging to PPMC in Komkom community in Oyigbo ruptured spilling products, while residents of the area had flocked to the site with gallons and funnel to scoop.

On Saturday 22nd June 2019, as news of the ruptured pipeline spread wider, more people had stormed the area to continue scooping the petroleum product, leading to a fire explosion at about 8:00am which claimed at leasts 40lives and laying waste to a vast forest area.

But the Zonal Director of NOSDRA, Cyrus Nkangwung, explained that a Joint Investigative Visit, JIV inspection revealed that the explosion was caused by vandalism.

Nkangwung said it was statutory that no compensation is paid to victims when oil spills are caused by sabotage, adding that compensation is only paid when the spill was as a result of fault such as equipment failure or negligence from the operator.

He stated that it was only statutory for the operator of the oil facility to provide only relief materials and some palliative when the spills occurred.

“The cause of the spill that led to the explosion is sabotage. When a spill is as a result of sabotage, there are no compensation paid.

“Of course the company should made provisions for relief materials for people that were affected very grossly, but that is not statutory or legal. The legal thing is that when a spill is as a result of sabotage, you can give relief materials and do some other palliatives when it happened, but not that there will be compensation.”

The NOSDRA Zonal boss stated that the main concern of the agency remains that the affected environment should be restored back to normalcy.

He disclosed that measures have been put in place to begin clean up exercise at the site of the explosion.

“The company (PPMC) has come to do scoping. Scoping is to ascertain the level of work to be done, so it is passing through some processes in the company to enable them to come up with the cost of the contract before they can call contractors to bid. So that is the stage now.

“So when that is done, the next stage is to start work. So what we will do thereafter, is to ensure that the work is done according to the scoping standard. We (NOSDRA) will monitor the cleanup from the beginning to the end; and at the end, we will take samples to certify that the place is okay scientifically.”