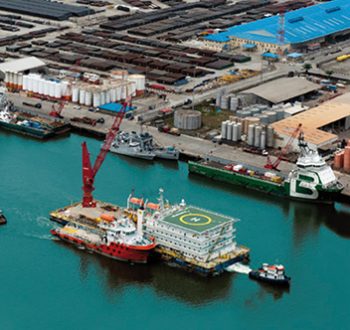 OGFZA said the government was pleased with the prospect that Notore Chemicals will attract more than $5 billion in Foreign Direct Investments into the country and create 15,000 jobs with its new status as a free zone developer.

A statement by the Managing Director of OGFZA, Mr. Umana Okon Umana, said the Authority licensed Notore Chemical Industries Limited to operate as an Oil and Gas Free Zone Developer in line with sections 9 and 10 of the OGFZA Act and sections 32 and 33 of the Oil and Gas Export Free Zone Regulations 2003.

Umana advised Notore Chemical Industries Limited to note and comply with continuing obligations of a licensee as provided under section 34 of the 2003 Regulations, promising an enabling environment for investors in the new free zone.

“I am happy to report that having met the statutory requirements, Notore Chemical Industries Limited has been granted a Free Zone Developer Licence by the Authority within the area so designated under the Act of 1996,” the managing director of OGFZA said in the statement.

The statement also quoted ‎the Group Managing Director of Notore Chemical Industries, Mr. Onajite Okoloko, at the licensing ceremony in Abuja, that the Free Zone Developer Status “will propel the company and indeed Nigeria to become one of the largest petrochemical, fertilizer, refining, methanol, power, E&P logistics and hydrocarbon processing hub in the world.

“Notore is in discussion with a number of international petrochemicals, oil and gas logistics support companies as well as leading financial and strategic investors that have expressed interest and are at various levels of negotiations to invest in the project.

“The fertilizer and petrochemicals component of the project alone is expected to attract $5 billion investments when it comes on stream in the next two years.”

Okoloko in the statement explained that the new Oil and Gas Free Zone has attractions that investors will find hard to resist, including more than 559 hectares of land; a dedicated gas pipeline; 50MW of an embedded power plant; more than 2km of shoreline; and 7500sqm of jetty-dock.

He explained that Notore Chemicals status as a free zone developer will help to diversify the economy by “leapfrogging the country to become the hub of petrochemicals in Africa; adding value to the nation’s oil and gas resources, as against mere export of crude oil and gas; increasing revenue streams for the government; attracting more FDI and generating more jobs.”

Okoloko who described OGFZA in the statement as a very important enabler of industrialization in Nigeria added that “we look forward to continuing to work towards the achievement of Notore’s goal of being a world-class industrial complex,” the statement said.