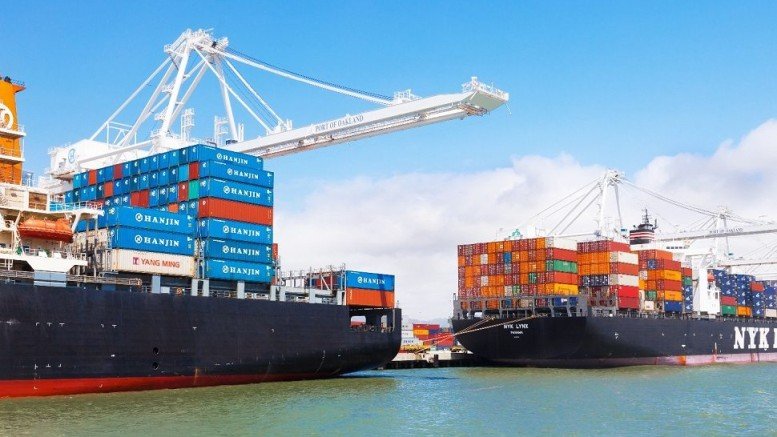 17 February 2019, Sweetcrude, Lagos — Following the introduction of registration fees by the Nigerian Shippers’ Council, NSC, shipping firms and terminal operators have introduced some frivolous with a view to maximizing profit and to the detriment of the economy.

Some of these questionable charges collected by terminal operators include Terminal delivery charges, Nigerian port charges, Customs examination charges, bill of lading documentation charges, among others.

Similarly, strange demurrage fees are being charged by terminal operators as they latch on to the inaccessibility of the Lagos port access roads to fleece freight forwarders and importers of their container deposits via colossal demurrage.

While NSC claims to be oblivious of these sharp practices, maritime stakeholders have also expressed worry that terminal operators have been unwilling to extend their three days grace period to cushion the effect of the Apapa traffic congestion on port users.

Speaking with Sweetcrudereport on the development, the Vice President of the Association of Nigerian Licensed Customs Agents (ANLCA), Dr. Kayode Farinto, said the issue had since been on despite the complaints by the licensed customs agents.

“These are the issues we have to deal with in the industry and when we shout people see us and think we are mad. We shout that way as a result of what we go through on daily basis. At times, we finance the clearing of the containers with our personal monies,” he said.

According to Farinto, ANLCA had confronted the terminal operators to explain the Nigerian port charges, but they revealed that they were collecting the money on behalf of the Nigerian Ports Authority, NPA.

“We have written to NPA to tell us the importance of this collection but they haven’t answered us” he added.

“What is cleaning charges, Customs examination charges, and others?” Farinto queried.

When quizzed about these charges, the Director, Monitoring, and Compliance at NSC, Chief Cajetan Agu expressed shock; whilst he assured our correspondent that NSC would begin investigations into the erring terminal operators and shipping companies.

Meanwhile, on the minimal three days period, Dr. Farinto sympathized with the terminal operators as he maintained that it was the Federal Government’s responsibility to fix the port access roads which was the major cause of the delay in returning empty containers.

“The three days grace period is another issue which started as soon as the concessionaires started managing the ports. NPA gave five days when it was in charge of the port but it has handed over to concessionaires who reduced it to three days. However, you can’t blame them solely for this because the government has refused to fix the port access roads which would have made the three days grace period sufficient. But we can blame them for the numerous illegal charges!” he said.

However, National Association of Government Approved Freight Forwarders, NAGAFF, has debunked claims that Shippers’ Council has been oblivious of these charges as the association had written to the Council and held several talks with its management on the issue.

NAGAFF Public Relations Officer, PRO, Mr. Stanley Ezenga revealed this while he confided freight forwarders’ plight to our correspondent, stating that, “the charges are not new”.

“These are part of the myriad of challenges that freight forwarders are facing here in Nigeria. We have articulated some of these issues with Shippers’ Council who ought to be the port economic regulator. We are following up the development with the top management of Shippers’ Council”.

“However, we are business people and it is our duty to deliver consignments to our clients. We wouldn’t allow the containers to continue to stay at the terminals while we discuss with NSC because it would accumulate more demurrage. As soon as the goods arrive we do everything to deliver while we are still deliberating with Shippers’ Council on these abnormal charges” he said.

Although the General Manager at PTML, Mr. Babatunde Keshiro was contacted by MMS Plus to clarify these issues, he said that he was on vacation and not able to judiciously respond to the request.

Meanwhile, a senior Customs officer in Lagos who preferred anonymity stated that Nigerian port recovery charges, bill of lading charges and customs examination charges were frivolous as such activities were captured in the terminal handling charges.

Our source, who is vast in trade facilitation processes, lamented that terminal operators were killing port business in the country and inhibiting the nation’s economy.

Drawing an analogy, he said; “This problem can be likened to a situation where someone buys an airplane ticket and gets onboard. Suddenly, someone appears and says you have to pay for the seats and lights in the plane separately. He also demands that you pay for the air-hostesses to attend to you and the food for the pilots. Wouldn’t that be abnormal? But that is what is obtainable in the Nigerian port sector because these charges are what make up the terminal handling charges”