NSCDC gets eight gunboats to combat oil theft in Rivers

Port Harcourt — As a move to end the menace of crude oil theft, illegal oil bunkering and pipeline vandalism in the country, the Federal Government has commissioned eight gunboats for the Nigeria Security and Civil Defence Corps, to wage a full-scale war against the perpetrators. 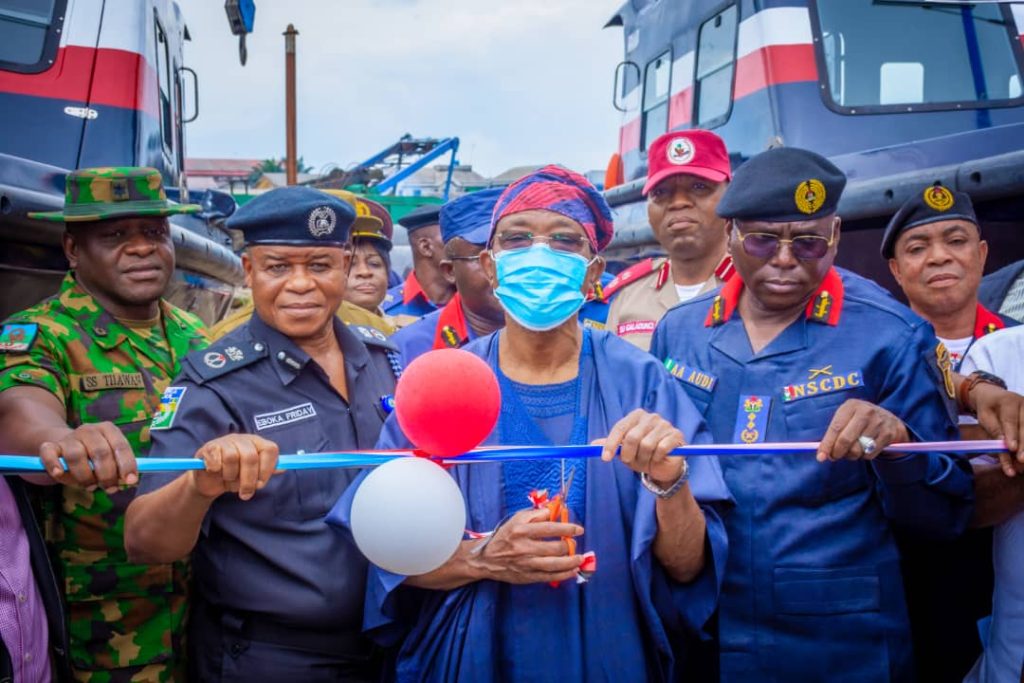 The Minister of Interior, Rauf Aregbesola, who commissioned the boats in Port Harcourt in Tuesday, said move became necessary, to strengthen the combative capacity of NSCDC Anti Vandalism Squad, in stemming the tide of huge revenue loss to the Federal Government in the oil sector.

Aregbesola described the incidences of oil theft as an organized crime ridding the nation, of accrued revenue running to millions of dollars annually.

The Minister called on all Security Agencies to shun Inter-agency rivalries and synergize, by supporting the fight against Oil theft, in order to salvage and rid the nation’s economy of saboteurs.

He maintained that the Nigeria Security and Civil Defence Corps as the lead agency in safeguarding Critical National Assets and Infrastructure is mandated, to use the available logistics provided by the Government to reduce crime rate and by extension take the war against crude oil theft to the camp of the enemies. 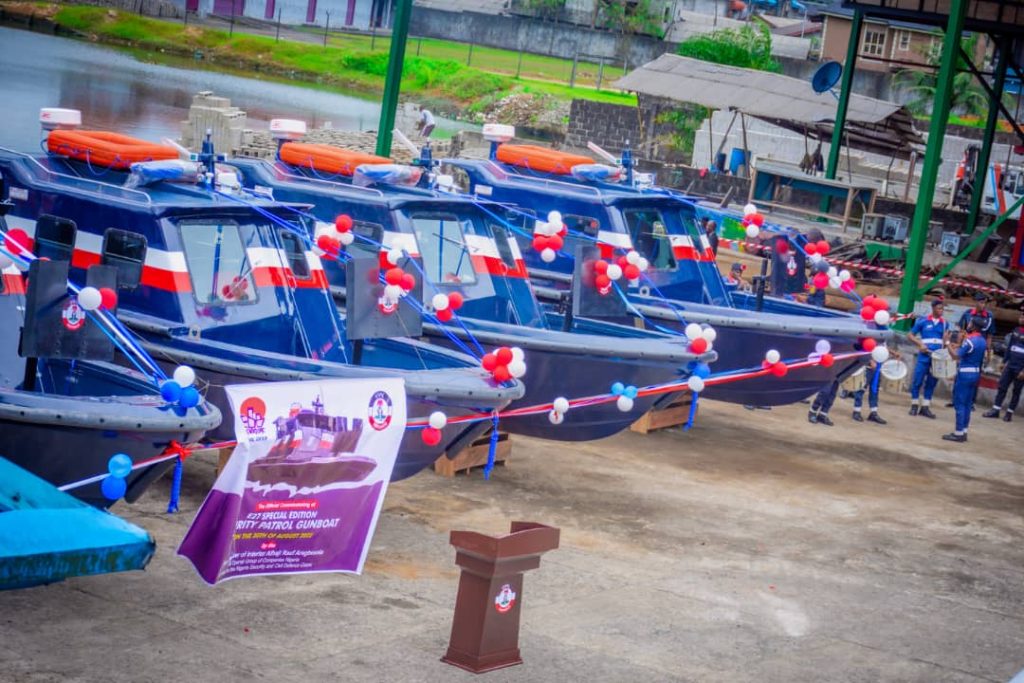 Also, NSCDC Commandant General, Dr Ahmed Abubakar Audi, while extolling the government in the provision of necessary logistics, to enhance the fight against oil theft, affirmed that the eight new gunboats will boost the morale of the Corps, in combating the menace of crude oil theft along the waterways.

“The NSCDC is generally expected to effectively, safeguard Critical Infrastructure and oil installations, which are very central and vital, to the socio-economic development of the nation.

“The Corps is saddled with the mandate, to guard against oil theft, illegal oil bunkering through the provision of physical security to oil pipelines against vandalism.

“Therefore, any threat to the oil and gas sector is automatically, considered as a high security concern owing to the debilitating effects it has on national development.

“It also constitutes environmental degradation, pollution, destruction of land and aquatic life, loss of means of livelihood and drastic reduction, in the inflow of foreign exchange needed to bolster the economy of the nation,” the CG said.

The NSCDC boss affirmed that a marching order, has been issued to all Zonal Commanders, State Commandants and Heads of Antivandal Unit, across formations to be battle ready with a renewed vigour to stamp out oil theft and pipeline vandalism in the nation.

He reiterated the Corps’ determination and unwavering commitment, to the war against illegal oil bunkering and assured the Government and the entire nation that the gunboats would be distributed to States in the coastal region as the Corps continue to collaborate, with the Military and other Security Agencies.

He enjoined Nigerians to assist Security Agencies, in winning the war against the enemies of the nation by volunteering credible Intelligence and Information that could lead to possible arrest and prosecution of oil pipeline vandals and saboteurs of the nation’s economy.