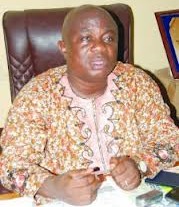 29 January 2013, Sweetcrude, Lagos – THE leadership of the Nigerian Union of Petroleum and Natural Gas Workers (NUPENG) has berated the management of the Nigerian National Petroleum Corporation (NNPC) for not concluding on security of pipelines with local communities and their leaders.

NUPENG alleged that the NNPC previously had an arrangement with communities to secure pipelines across the country for a fee, but which the Corporation refused to pay after several years of securing these pipelines by members of the host communities where these facilities are located.

NUPENG’s Zonal Chairman, West, Comrade Tokunbo Korodo, alleged that the NNPC failed to protect these pipelines by reneging on the agreement it entered into with leaders of the host communities.

Korodo noted that from the time the NNPC reneged on the agreement, vandals have been having a field day in damaging the pipelines.

He stated that vandals had also crippled other NNPC’s facilities across the country, and advised the management of NNPC to return to the former arrangement of securing pipelines with the assistance of community leaders.

He argued that it is cheaper to have the community people secure the pipelines than allow vandals hold the country to ransom.

The NUPENG’s official disclosed that at a time, the group had to provide security to ensure the steady flow of products across the country since the government failed to see the need to do so.

“The Federal Government has failed to live up to its primary responsibility of protecting the pipelines and by extension expectations of the masses, and this has also brought about an increase in the issue of vandalism.

“The pipelines were well protected by the community leaders and local chiefs for a long time until NNPC and PPMC refused to pay a backlog of arrears of these peanuts that are paid to the people for protecting the pipelines.

He warned that if the only remaining System 2B is left unprotected, the entire country will be grounded, saying,

“For the entire north, apart from Kaduna that is working at a snail pace, the remaining facilities in Maiduguri, Gombe Gusau and Jos have not been loading for a long time because vandals have taken over these facilities.

“It is only the System 2B in the west is feeding the nation, as result of our own personal sacrifices, this is our tank farm. If we allow vandals to gain control of system 2B we will not only be out of jobs, we will also be out of fuel.”, he added.