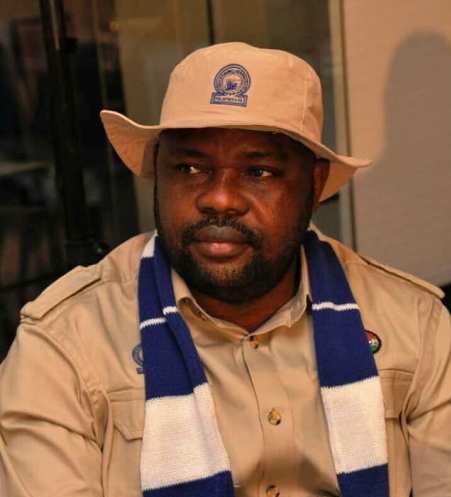 President of NUPENG, Comrade Williams Akporeha and Deputy General Secretary, Comrade Afolabi Olawale made the commendation during a meeting convened by the House of Representatives Committee on Petroleum Resources, Downstream in Abuja on Tuesday.

The committee invited the NCDMB management to respond to concerns raised by the oil workers that the Service Level Agreement, SLA signed by the Board and the Oil Producers Trade Section, OPTS on May 9, 2018, would limit the duration of industry contracts of labour service to a maximum of three months as against five years, which it claimed was previously the norm.

The union leaders, however, sang a different tune after listening to the clarifications made by the Executive Secretary of NCDMB, Engr. Simbi Wabote, who explained that the SLA between NCDMB and OPTS was aimed at shortening the protracted contracting cycle in the Nigerian oil and gas industry, which used to take about three years before the award of a major contract would be completed.

The NUPENG officials thereafter pleaded with the NCDMB to examine the nature of employment contracts oil servicing companies foisted on their members. According to them, NUPENG members were often made to accept short-term contracts, with unfavorable conditions of service.

Akporeha claimed that oil workers championed the Nigerian Content Bill when it was undergoing legislative processes, hence they expected the NCDMB to extend the implementation of the Nigerian Content Act to key labour issues, like the kinds and provisions of employment contracts which operating and service companies subject Nigerian employees to. He regretted that most operating companies no longer hire middle and lower cadre personnel on a full-time basis, preferring to use casual workers. Such practices, he insisted, were against labour laws and inimical to the interests of the nation and its youths.

Providing insight on the SLA, Wabote explained that the Board signed the first of such agreements with the Nigerian LNG Limited in May 2017 and was jointly developing the third SLA with the Independent Petroleum Producers Group, IPPG.

He said the SLA with the NLNG greatly improved the speed of interactions between the two organisations, leading to the timeous conclusion of the recent award of a contract by the NLNG to a fully indigenous company, E.A. Temile Development Company for the provision of a new build Liquefied Petroleum Gas, LPG ship.

The Executive Secretary confirmed that the SLA with OPTS was aimed at accelerating the approval process of the NCDMB’s activities on the contracting cycle and enhancing the ease of doing business, which is a key policy thrust of President Muhammadu Buhari’s government. “It is meant to shorten the time by removing all unwanted bottlenecks and red tapes in order to conclude Nigerian content reviews and approvals by NCDMB before awarding of contracts by NNPC-NAPIMS.”

He stressed that the SLA had nothing to do with reducing the tenure or duration of a project or contract; rather it would ensure that jobs are retained and are also created. “The protracted industry cycle led the IOCs to start using short-term contracts which they review arbitrarily.”

Wabote also promised to intervene in the complaints raised by NUPENG against operating and service companies, within the limits of the Board’s mandate. Regretting that most violators of the Nigerian Content Act were indigenous companies, he charged the union to serve as whistleblowers and report cases of Nigerian Content infractions to the Board so it would call the violators to order.

He informed that NCDMB had extended the focus of Nigerian Content implementation to the midstream and downstream sectors of the oil and gas industry, after recording appreciable success in the upstream sector.

On the phasing out of junior personnel by oil producing companies, the Executive Secretary attributed it to the use of enhanced technology by the industry. “Most junior roles and tasks are now executed by technology and that is why companies employ only highly skilled workers.”

In his comments, chairman of the House of Representatives Committee on Petroleum Resources, Downstream, Hon Akinlaja Iranola Joseph asked the Board and NUPENG to develop a regular interface for addressing labour issues in the industry. He decried casualization in the industry and charged relevant agencies of government to fight against it.

A member of the House of Representatives Committee and former President of NUPENG, Hon Peter Akpatason also urged the industry to employ junior cadre staff and build their capacities so they can play leading roles in the sector.