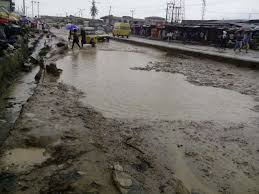 08 February 2019, Sweetcrude, Port Harcourt — The National Union of Petroleum, Energy and Natural Gas Workers, NUPENG, has charged the Federal Government to as a matter of urgency begin the rehabilitation of the deplorable section of the Oyigbo axis of the Port Harcourt-Aba high way in Rivers State.

Agwanwor, who is a former Zonal Chairman of NUPENG, Port Harcourt Zone, urged the Federal Government to fast-track the reconstruction of the damaged sections of the road and save Nigerians, especially tanker drivers from the menace.

He, however, commended the Rivers State Governor, Nyesom Wike, for rehabilitating the hitherto deplorable Eleme axis of the East-West Road and urged all stakeholders to also assist in regular maintenance of the road.

“The poor state of the Oyigbo axis of Aba-Port Harcourt expressway has affected the smooth operations of our members who find it extremely difficult to carry out their operations.

“The timely reconstruction of the road will stop the accidents recorded by our members and ensure smooth supply and distribution of petroleum products.

“It is regrettable that the Port Harcourt-Aba Express Road and the East-West Road, which are the major access routes to the economic base of the nation, are left in a terrible state of disrepair by the Federal Government.”