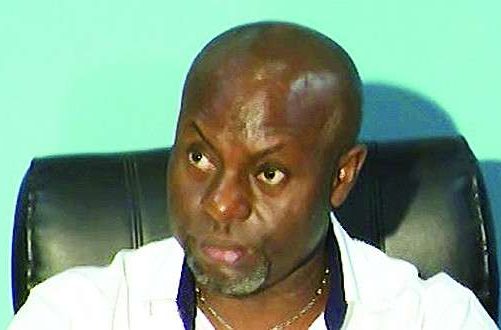 14 July 2018, Sweetcrude, Port Harcourt — The Nigerian Union of Petroleum and Natural Gas Workers, NUPENG, says it has put on hold the planned strike it had threatened to embark on following the expiration of an ultimatum given to some oil firms.

Recalled that NUPENG, two weeks ago, threatened to embark on a nationwide indefinite strike over the sacking of 300 of its members by 12 oil firms, including OES Deepsea Offshore Limited.

The oil workers union had issued an ultimatum to the companies to reinstate its members that were allegedly  disengaged unlawfully or the nation would be plunged into another round of crisis.

But the Natonal Deputy President of NUPENG, Comrade Bassey Harry, said the strike has been put on hold following the prompt interventions from some stakeholders, including the Rivers State Government.

Harry explained that there has been an agreement with the companies and the workers have gone back to work.

He commended the Rivers State Government and the Federal Ministry of Labour for prevailing on the management of the companies for a comprehensive resolution of the issues.

According to him, “After the ultimatum, there has been interventions from all corners. The Rivers State Government through the Commissioner of Energy, the Minister of Labour and the House of Representatives.

“A meeting was held and at the end of that meeting we were able to reach an agreement, which all workers have gone back to work.

“The controversial termination letter that was issued out was also withdrawn, based on these though we still have other issuse still pending, but from the intervention those issues will be discussed further.”

NUPENG also cautioned members of the public against panic buying of petroleum products over fears of strike by the union.

“We urge members of the public to go about their normal business, there should be no panic buying, people should not buy products to keep in their house as it could be dangerous.

“The strike has been put on hold for now pending when final discussion will be made, the termination letter issued to our members have been withdrawn.

“On OES, the issues there have been resolved.”