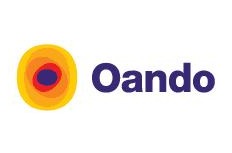 Analysts say the company is likely to surpass the forecast based on its previous performance indices.

While reviewing the earnings forecast of the company, Proshare said, “Oando Plc has a 124 per cent chance of achieving or exceeding its PAT forecast and a 104% chance of delivering on its turnover projections for the period in view.”

Proshare, a firm of analysts, said it has reviewed the forecast against its believability index, relying on previous performances against forecast.

According to Proshare, “This weights fall within the ‘most believable’ forecast range for quoted companies in the sector.”
In the same vein, another analyst firm, Vetiva Capital stated that Oando outlook on long term is still positive.

Oando stated in the forecast presented to the NSE that it hoped to achieve its forecast based on such key assumptions as : Exchange Rate NGN/USD – Interbank remaining at N160; Annual Consumer Inflation Rate (Y/Y% at 11.1% ; Average borrowing rata at 17.5%; Average selling price per barrel of crude $110/barrel; Average selling price per litre of Automotive Gas Oil (AGO) at N153/litre ($0.96/litre), among others.