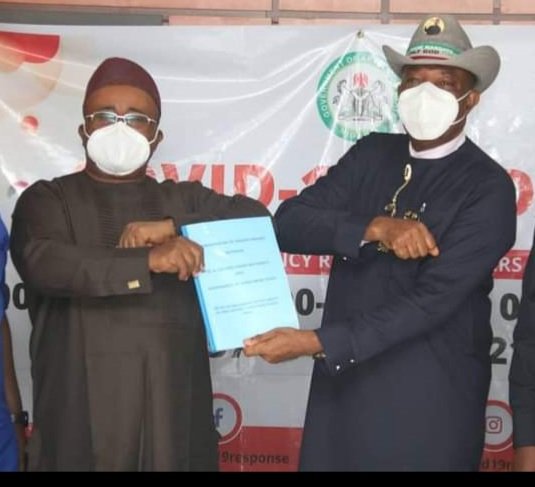 Port Harcourt — The Oil and Gas Free Zone Authority, OGFZA, has signed a memorandum of understanding with Akwa Ibom State Government, for the take off of the Liberty Oil and Gas Free Trade Zone in Ikot Abasi Local Government Area of the State.

This take off follows the receipt of the first cargo components, establishment of an Immigration office and setting up of a dedicated Customs command, in the free trade zone.

The event which took place at Government House, Uyo, witnessed Secretary to the State Government, Dr Emmanuel Ekuwem, signing for the state government while the Managing Director of OGFZA, Mr Umana Okon Umana, signed for the Federal Government.

The Managing Director and Chief Executive Officer of OGFZA, Mr. Umana Umana, said the MoU was a confirmation of the commitments of President Buhari and Governor Udom Emmanuel, to the creation of economic opportunities.

Umana revealed that, so far, 12 firms with investment commitments of over $6 billion have come aboard the project, which he assured will be the fastest growing zone in Africa.

He stressed that the approval and execution of the project was void of political sentiments.

For his part, Secretary to Akwa Ibom State Government, Dr Emmanuel Ekuwem, expressed gratitude of the government and people of the state to President Muhammadu Buhari and OGFZA for speedy approvals of the project.

Ekuwem described the project as economically viable and laden with opportunities for Nigeria as a nation and the citizens, while also commending Governor Udom Emmanuel, for keeping faith in the project and pursuing it to reality.

“Such collaborative efforts, between component states and the centre were requisite to the socio-economic development and prosperity of the nation.

“This project is for the good of Nigeria. Nigeria is as strong and stable as each of the component states.

“Whoever wants Nigeria to be great will not play with the socio-economic development of each of her components.”