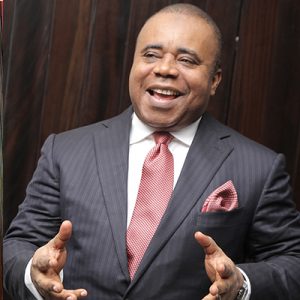 Port Harcourt — The Oil and Gas Free Zones Authority, OGFZA, has announced that it generated pthe sum of N9.41billion revenue through the free trade zones, between January and May 2021.
Managing Director of OGFZA, Mr Umana Okon Umana, speaking to newsmen also  said N6.1 billion worth of investments are expected to materialise at the proposed Liberty Oil and Gas Free Zone in Ikot Abasi, Akwa Ibom State.
Umana also disclosed that the Authority has attracted foreign direct investments valued at $16.6 billion, and also N255.33 billion worth of local investments, in the last 20 years.
“The revenue showed that N2.1billion was generated in January, while February, March, April and May had N1.45 billion, N4.39 billion, N1 billion and N453.98 million respectively.
“Efficient services delivery on the operational side of running the free trade zones have greatly improved through dedicated leadership as well as the commitment and exceptional quality of members of our staff.
“N6.1 billion worth of investments are expected to materialise in the Liberty Oil and Gas Free Zone in Ikot Abasi.
“To grow investment also means looking at the structures within our zones because as I said, you can only attract FDI if you are globally competitive.”
The OGFZA boss also disclosed that it now takes seven days to renew a license with all the requirements met, and 21 days to issue a new license and with all the requirements met.
He added that between 2005 and 2015, the Authority created 40,508 direct and indirect jobs with an estimate at about 160,000.
“We took a number of steps, we reviewed our standard of operation, we came out with timeline for delivery of our services.
“For example, in the past we did not have a specific timeline for renewal of license or to reissue new licenses or even to process cargos.
“We came up with specific timelines. We say for example that we will take only 48 hours to clear cargos, if the cargos where consigned in Free Zones.”