on: September 16, 2020In: Community Development, featured 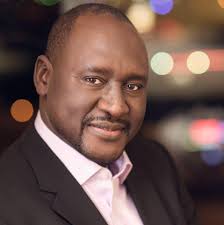 According to him, to ascertain the substance of the 70 percent completion, it would be important for the remediation body to substantiate the claim with adequate proofs.

“For over three years of HYPREP’s operations, has there been an independent monitoring of the clean-up process? If yes, we challenge HYPREP to name such organisation?”

“We also challenge HYPREP to publish its plans for the acclaimed completed sites and the certificates of completion from NOSDRA issued to the contractors,” he said.

Environmental contamination caused by hydrocarbons have been an epidemic in the Nigeria Delta region. Following wide scale national and international agitations, the federal government commissioned the United Nations Environmental Programme, UNEP to undertake the environmental assessment of Ogoniland, leading to the establishment of HYPREP to implement the recommendations of the UNEP report. HYPREP has been in operations for over three years, and has received a cumulative takeoff fund of $360 million.

However, according to CISLAC, there has been a linear perception of the progress and success of the Ogoni remediation since its inception.

“Different stakeholders including the federal Ministry of environment and HYPREP have admitted that the process has been slow and that they are working to restructure the governance and operationalisation of the cleanup process.”

The restructuring process, he said, was yet to commence when HYPREP in July 2020, published a newspaper report stating that it had completed 70 percent of the first phase of the Ogoni cleanup despite concerns highlighted by stakeholders that the cleanup process has been derailed.

He alleged that the $360 million start-up fund has been mismanaged.

“The life expectancy in the Niger Delta is very low while artificial poverty in the region is very high. So we cannot be talking about justice and human right while such exists. All these boils down to corruption among those who were supposed to ensure environmental justice,” he said.

“Niger Deltans have suffered enough. We insist that the right thing be done in the Niger Delta especially with the Ogoni cleanup,” he said.