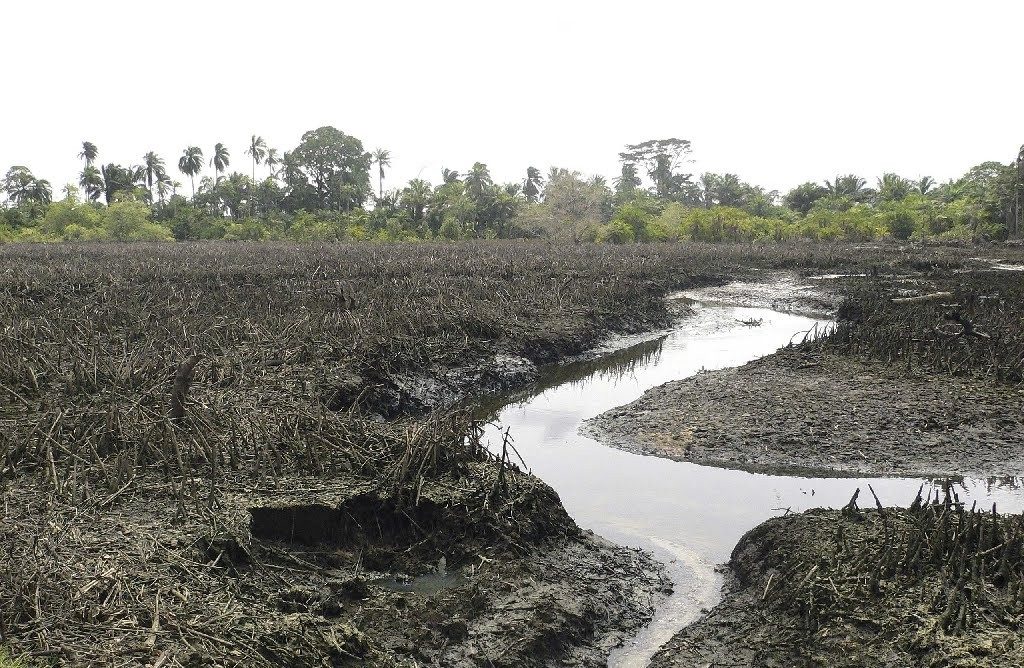 03 March 2018, Sweetcrude, Port Harcourt — The Movement for the Survival of the Ogoni, MOSOP, has threatened to petition the United Nations over alleged destruction of farmlands in Ogoni communities by Shell Petroleum Development Commission, SPDC.

MOSOP said that Shell’s continuing laying of pipelines in Ogoniland was a negation of the environmental rights of the Ogoni People and a great display of impunity against the extant laws of the country.

“As part of its campaign, MOSOP presented this case before the United Nations Human Rights Council last November 2017 and also initiated an online global campaign against the laying of the pipeline in Ogoniland which had generated over two thousand signatories of support from all over the world.

“In the coming days, MOSOP will be returning back to the United Nations to make the world body know that the Nigeria government and Shell is still bulldozing Ogoni farmlands and continuing with the laying of these pipelines.”

The President of MOSOP further explained that the group was not against resumption of oil exploration in the area, but maintained that clean up of oil polluted sites in Ogoni as recommended by UNEP must commenced first.

Pyagbara, however, called on the Federal Government to expedite action on the Ogoni clean up.

“We call on the Federal Ministry of Environment to break down the wall of bureaucracy hampering the work of HYPREP to immediately cause the release of necessary funds for the agency to work with.
“The unmitigated delay between approvals and release of funds is killing the UNEP Report implementation process.”

Meanwhile, SPDC has said that its earlier statement on the renewal of their pipelines in Ogoni still remains, adding that there was no plan by the company to resume oil exploration in the area.

The spokesperson of SPDC, Mr. Joseph Obari, when contacted maintained that the works are restricted and contained within SPDC’s right of way, and so far, no third party land has been impacted.

According to him, “The Shell Petroleum Development Company of Nigeria Limited is carrying out repair work on the 24” Trans Niger Pipeline (TNP) which passes through parts of Ogoni land and beyond.

“The scope of work involves replacement of sections of the existing pipeline. No new pipelines are being laid. The 24” TNP has been shut in since 2013 awaiting this maintenance. SPDC has no plans to resume oil production in Ogoni land which was stopped in 1993.

“The maintenance work involves repairs on the 24” TNP both in the Ogoni axis and beyond. The affected communities have been adequately engaged and their support secured prior to mobilisation of the repair crew. The repair work is providing employment and other benefits for the host communities,” Obari said in a statement.