25 September 2014, Lagos – Ogun State Governor, Senator Ibikunle Amosun, has appealed to the presidency to develop the oil-rich Tongeji Island in the state to avoid losing it to the Republic of Benin.

He said the skeletal naval base on the island could be expanded to ensure that the presence of the Nigerian government is felt better in the area, to avoid a situation like that of  Bakassi Peninsula,  which the country ended up losing to Cameroun 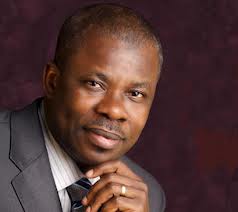 Amosun, who made the appeal in Ipokia, Ipokia Local Government Area during his visit as part of his assessment tour of the 20 local government areas of the state, said Tongeji Island, has huge potentials of increasing the nation’s economy and improving the livelihood of the people.

“Tongeji Island is of serious concern to me. Each time I see President Goodluck Jonathan, I call his attention to the need to as a matter of urgency expand the naval presence on the island, which is rich in oil and other mineral resources, so that it does not go the way of Bakassi.

“If the federal government does not register its presence on that region on time, I pray we do not lose it to the neighbouring Republic of Benin.

“This is an island that has the huge potential of improving the nation’s economy and by extension, the livelihood of the people of Ogun State,” Amosun noted.
The governor also said arrangements had been concluded with a world class tourist outfit to make Akere community in Ipokia Local Government Area, a first-of-its-kind tourist centre in Africa.

He added that the state government would immediately commence the construction of the 10-kilometre Ipokia-Akere road, which leads into the Lagoon, adding that the intention is to transform the community into a tourism hub which it is originally designed to be.

“We have the longest seashore in this country. One of the world’s tourist outfits have done the designs and planning on all they want to do here. They investors, who were looking for a place that has sea view and seashore have chosen Akere in this part of the state.

“They want to make Akere a totally new town. They have done it in other parts of the world. This is their first time in Africa and Nigeria.

“I’m trying to envision what Akere town would be in the next three years. It would no doubt be the number one destination of tourism in Nigeria.

While commending the forebears for the initiative to cite a large expanse of palm trees plantation on  both sides of the road to the riverine area, he affirmed that the state government would as a matter of urgency do the regeneration of the old palms.

The governor promised that Ipokia would be made to have two Local Council Development Areas (LCDA), pointing out that one additional model school would be constructed as a starting point to having a full fledge higher institution.

Chairman, Ipokia Local Government Council, Mr. Isiaka Wale Aderounmu, commended the governor for his various development-oriented projects spread across the state, thereby making Ogun, a state to be reckoned with in the country.