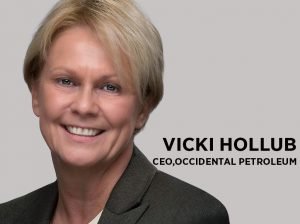 New York — A group of 13 major oil companies charted out a plan on Monday to promote investments in carbon capture, use and storage (CCUS), ahead of a gathering in New York.

It comes at a time when the oil and gas industry faces growing criticism of its efforts to combat global climate change, particularly as fossil fuel development grows in large economies worldwide, including the United States, China and Russia.

The group, known as the Oil and Gas Climate Initiative (OGCI), said it aims to double the amount of carbon dioxide that is currently stored globally by 2030.

Carbon-capture technologies could be expanded to more efficiently trap large amounts of carbon released by facilities such as power plants, which could then be used in oil recovery and, ultimately stored – thus, removing it from the atmosphere – the group said in a statement.
Also Read: Europe gasoline export to Mideast surge after Saudi attacks

The OGCI plans to work with others to put carbon-capture techniques into operation in five places – the United States, United Kingdom, Norway, the Netherlands, and China.

On Monday afternoon in New York, the group will sign a declaration of collaboration with stakeholders, including certain energy ministers, to commit to their efforts to expand carbon storage.

The companies, which include Exxon Mobil Corp, Chevron Corp and BP plc, account for 32% of global oil and gas production. The companies have all agreed to cooperate to accelerate the reduction of greenhouse gas emissions.

Last year, the companies announced plans to reduce methane intensity, and managed to trim the intensity by 9% in 2018.
like us facebook