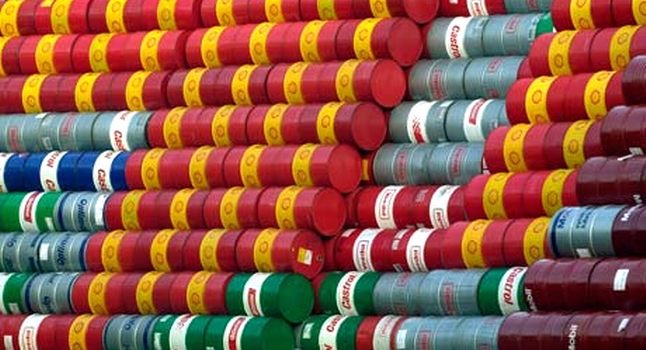 22 April 2018, Sweetcrude, Lagos — The Organisation of the Petroleum Exporting Countries, OPEC, and its allies in the reigning oil cut agreement have achieved 149 percent conformity level on the deal.

This was announced by the Joint Ministerial Monitoring Committee, JMMC, convened in Jeddah, the Kingdom of Saudi Arabia, for its eighth meeting on Friday.

It announced that based on the report of the Joint Technical Committee, JTC, for the month of March 2018, following successive months of record-breaking performances, OPEC and participating non-OPEC countries, led by Russia, have achieved a conformity level of 149% with their voluntary production adjustments, the highest level so far.

The JMMC was established following OPEC’s 171st Conference Decision of November 30, 2016, and the subsequent Declaration of Cooperation at the joint OPEC-Non-OPEC Producing Countries’ Ministerial Meeting on December 10, 2016, at which 11 (now 10) non-OPEC oil-producing countries, cooperated with the 13 (now 14) OPEC member countries in a concerted effort to accelerate the stabilisation of the global oil market by voluntarily cutting oil production by 1.8 million barrels per day.

The declaration, which came into effect on January 1, 2017 was for six months.

The second joint OPEC-Non-OPEC Producing Countries’ Ministerial Meeting on May 25, 2017, decided to extend the voluntary production adjustments for another nine months commencing July 1, 2017.

At the third joint OPEC-Non-OPEC Producing Countries’ Meeting, held on November 30, 2017, the Declaration of Cooperation was amended to cover the entire 2018.

“Once again, participating countries have demonstrated unwavering dedication to achieving the rebalancing of the global oil market, as demonstrated by the high conformity level of 149%”, OPEC said in a statement, adding: “Their collective efforts continue to yield positive results, with market fundamentals being solid”.

Nevertheless, it was noted that the current commercial stocks remain above levels seen before the market downturn.

The high conformity level has been validated by a diverse range of reporting agencies and media outlets.

The JMMC then tasked the secretariat to look into different metrics, with an in-depth analysis of addressing larger uncertainties in the market.

“The JMMC urged all participating countries to remain focused on and, where necessary, intensify their efforts on the basis of the core principles of transparency, fairness, and equity, which are central to the “Declaration of Cooperation,” it said.

The JMMC noted assuring statements by Iraq, Kazakhstan, Libya, and Venezuela, and expressed its satisfaction with Iraq and Kazakhstan’s expression of support for further improving their conformity levels.

Given the ongoing transformative impact which the “Declaration of Cooperation” has on the global oil market, the JMMC said it will continue to think through further means of strengthening the Cooperation.
The next JMMC meeting is scheduled for June 21, 2018 at the OPEC Secretariat in Vienna, Austria.