Abu Dhabi ––The world must act swiftly to invest in oil to prevent future energy emergencies as global demand for the hydrocarbon grows in the long term, OPEC Secretary General Haitham Al Ghais said on Tuesday.

“If we don’t get it right this time we are sowing the seeds for future energy crises – not just one, but multiple,” he told Reuters in an interview. 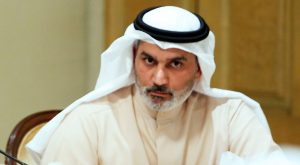 Al Ghais sounded a note of optimism that policymakers at the upcoming COP27 climate summit will be more open to hearing the oil industry’s point of view on the climate change debate.

He was speaking a day after the organization released its 2022 World Oil Outlook which estimated that $12.1 trillion were needed in investments to meet rising oil demand in the long term. read more

Of the total, $9.5 trillion would be for exploration and production, or upstream, investments, he said.

“It is critically important for the future because of the time it takes for investments to come online.”

“The average annual decline rates are around 4%-5% so you are talking about needing to add 5 million bpd just to maintain today’s global production, let alone future demand,” Al Ghais said.

“We are already falling behind that and feeling the implications on a wider scale.”

“Because of the sheer magnitude of the growth of the economy, the demand can’t be met by renewables alone,” Al Ghais said.

“The reality of the matter is there were people predicting peak oil demand since the eighties to last year. We should learn from history.”

The OPEC forecasts were released a week before global leaders are set to convene in Egypt’s Sharm al-Shaikh for the climate summit.

The organisation has firmly taken the position that attempts to cut investment in oil and gas to combat climate change are “misguided,” and a lack of funds for fossil fuels could lead to energy shortages, market imbalances and higher prices.

Al Ghais said there were signs that this year’s gathering would be more receptive to hearing all points of view without “demonizing” the oil and gas industry.

“We are already hearing messages coming out of all the industry leaders and policymakers about the importance of investing in the oil sector,” he said.

“They realize now that the lack of investments over the past few years is a big part of why we are in the situation we are in today.”

Al Ghais also said investing enough to maintain spare capacity was necessary to be able to immediately intervene and prevent any supply shocks in the future.

“Our key message is that the world will continue to require oil in the long term.”