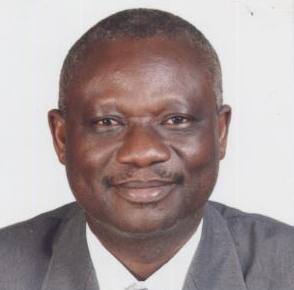 Mr. Olu Ajakaiye is a professor of economics.

07 September 2015, Lagos – Mr. Olu Ajakaiye is a professor of economics and former Director General, Nigeria Institute for Social and Economic Research (NISER). He speaks on the conversion of debt for 11 states into government’s bond, the current crude oil price at the international market, which is about $10 below the budget’s benchmark, the treasury single account initiative and ways through which government can tackle unemployment crisis in the country.
The price of crude oil in the international markets stands at about $44.77 per barrel. Oil is our major source of revenue and currently the oil price is about $10 below the budget’s benchmark. What should government do about this situation?

When the price of crude oil at the international market was about $140 per barrel and above, the actual money made available to government was not more than $40 due to leakages in the system. Therefore, even at $40, our economy will still be doing well because the current government is trying to block those leakages. So, there should be no panic as the price of oil is low now. Aside from oil money, we can mobilise revenue from NIMASA, Shippers Council and other agencies of government. The good thing is the treasury single account that Buhari has introduced. All agencies should ensure total compliance with this initiative.

Many people are talking about revenue leakages in the economy. Why didn’t the previous governments introduce this type of account system to curtail it?

Well, it was still there but the level of compliance was very low, because it was not actively enforced to block revenue leakage from the system like Buhari is doing now. Once all agencies are made to comply strictly with this account system, there will be sufficient funds to run the economy. Meaning the more effective the enforcement on single account system, the more income flow for government to embark on developmental projects across the country.

Now, another thing we must take note of is, as part of the budget, government must make clear the Medium Term Development Plan. This is because we are in the last lap of the Vision 20:2020. This is quite imperative because it was failure in the past to make clear this Plan that contributed to the leakages in the system, followed by lack of transparency and accountability we experienced for many years. We must ensure discipline with this Plan, by allowing a strong linkage between the Plan and the budget, such that the Plan is closely related to the annual budget.

Does it mean the previous governments did not link the country’s development plan to the annual budgets?


In fact, in the last 10 years, all our budgets were not closely guided by the Medium Term Development Plan, which contributed to why our economy experienced a lot of challenges including high unemployment rate and poverty. Now, aside from linkage between the Plan and annual budget, there must be rigorous monitoring and adequate implementation to be done by the National Planning Commission (NPC) and the Ministry of Finance. That way, everyone will see the direction our economy is going.
How will you assess the President in his 100 days in office?
Well, it is too early to assess his performance, but so far, he is putting measures in place to curtail corruption and revenue leakages in the system. He is doing very well on the issue of security, by empowering the military to tackle activities of insurgents in the country. This is a major step because we need security in the economic environment for investments to thrive. If there is no stability in the system, the economy will not record tangible growth, as well as Foreign Direct Investments (FDI) inflow, as no investor will be willing to put his money in an economy that is not stable. Also, the single account system I mentioned earlier is a good achievement, as that in itself will check mismanagement of public funds.

The debt of 11 states in the country has been converted to bond. How will this initiative benefit the states as well as the commercial banks now and in the long-run?

The new arrangement is like a win-win situation with tremendous benefits for states and the banks. For instance, the obligation of the states to service the debt has been shifted far forward because of the conversion to bond. It is like restructuring the debt for long term instead of short term. It further reduces the short term obligation for the states, as the debt is spread over a period of years. The economic benefits include the fact that money is now available for the states to do other things, instead of just servicing the debt within a short term period.

For the banks, they now have in their portfolio government’s security, which they can discount even in the short term if the need arises, because it is asset in their portfolio. Also, the banks can liquidate it if they want. On the whole, the debt burden on the states is off. Meaning that the states now have more money to spend and invest in other areas, because of the conversion. On the other side, the banks have a quality bond, which is very good for their balance sheet.

With this new deal, the States now have more funds to work with. What measures should they put in place to ensure adequate utilisation of the money available to them?

Number one, the States should cut the cost of governance to ensure that the funds available are well managed. This calls for serious fiscal restructuring and discipline on how they spend money. Let the States also focus on developing the resources within their areas to enhance internal revenue generation. They should invest more on developmental projects in their States. Most importantly, there must be accountability in the system. The States should also create jobs to reduce the increasing unemployment rate in the country.

Information from the debt management office revealed that the debt is restructured for 20 years instead of 12months, which means the bond will end in about 2034. So, what happens when the tenure of the current government ends in the next four years?

In reality, government is a continuum. As such, when the tenure of the current administration ends, those who will come in as the chief executives of these States should continue with the debt-bond conversion agreement. In doing that, the States and the banks must keep accurate records of all the transactions done within each period to ensure that there are no discrepancies in the whole thing. Once this is done, there will be continuity in the system,and everything will run smoothly.

Increasing rate of unemployment is one of the major problems facing Nigeria’s economy now. As an economic expert, what pragmatic steps will you advise the current government to take in tackling this challenge?

The new government must realise that unemployment is real and is a major crisis in the country. Therefore, selection of projects must be done to reduce imports and encourage exports, because oil prices may not go up now. All capital projects must be geared towards employment generation. Reducing imports and encouraging exports will help us to protect our foreign reserve, and to have a good balance of payment. This calls for efficiency in the public sector. For example, the Civil Service must be free from political interference. Employment and reward for Civil Service should be done on merit and not political party affiliation. We need more capacity building programmes for the bureaucrats, which has declined over the years. When the ministers come in, they must be moderate in spending money and should work with Civil Servants, instead of importing more people from out side to escalate cost.

I am glad that President Muhammadu Buhari, has engaged the Revenue Mobilisation Commission to review salaries of public office holders. Excessive wide spread of salaries between directors and permanent secretaries must be reviewed. For example, a director earns about N400.000 on the maximum, while a permanent secretary earns up to N1.5million. There must be established norms by government for salaries of public officers not to double what directors earn.

The President and his Vice voluntarily cut their salaries by 50 percent. How will the public know what this money is being used for?

Buhari and his Vice have demonstrated good leadership in this aspect. The money should be put in an account to see how much will accrue, and they can use it to build hospitals and schools to improve the living conditions of the people. This must be part of our development plan. When such projects are being commissioned, it should be publicly shown that they were built with funds voluntarily deducted from the salaries of our leaders, to make it attractive. Let State governments and other political office holders follow the example of our President and his Vice.
*Udeme Clement – Vanguard