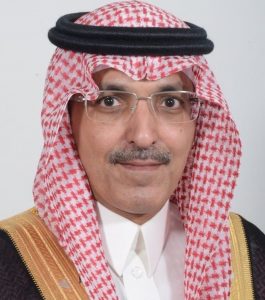 Lagos — Saudi Arabia has tripled value added tax and suspended a cost of living allowance for state workers as a result of the crash in oil prices.

The country’s Finance Minister, Mohammed al-Jadaan, on Monday said the decision is to shore up finances as demand for its oil drops, according to a report by Reuters.

“The cost of living allowance will be suspended as of June 1, and the value added tax will be increased to 15% from 5% as of July 1,” said Al-Jadaan.

“These measures are painful but necessary to maintain financial and economic stability over the medium to long term…and to overcome the unprecedented coronavirus crisis with the least damage possible,” he added in a statement.

The OPEC+ cuts of about 10 million barrels per day officially started on May 1 and is yet to have effect on prices, but analysts say the market will see changes from the last quarter of the year.

The country posted a $9 billion budget deficit in the first quarter.

The minister said non-oil revenues were affected by the suspension and decline in economic activity, while spending had risen due to unplanned strains on the healthcare sector and the initiatives taken to support the economy.

“All these challenges have cut state revenues pressured public finances to a level that is hard to deal with going forward without affecting the overall economy in the medium to long term, which requires more spending cuts and measures to support non-oil revenues stability,” he added.

The government has also cancelled and put on hold some operating and capital expenditures for some government agencies, and cut allocations for some reform initiatives and projects worth a total 100 billion riyals ($26.6 billion), the statement said.

Saudi stocks fell sharply in early trade on Monday after the announcement but they recovered partly during the day.

“These are radical measures that underscore the gravity of the challenges facing the kingdom,” said James Reeve, chief economist at Samba Financial Group. But he added the measures sent a message to the markets “that the authorities are prepared to make tough choices to keep the deficit within bounds.”

Central bank foreign reserves fell in March at their fastest rate in at least 20 years and to their lowest since 2011, while oil revenues in the first three months of the year fell 24% from a year earlier to $34 billion.

“The reforms are positive from a fiscal side as greater adjustment is essential. However, the tripling of VAT is unlikely to help that much in 2020 revenue wise with the expected fall in consumption,” said Monica Malik, chief economist at Abu Dhabi Commercial Bank.

She said she kept unchanged her deficit forecast of 16.3% of GDP for this year, which already factors in a greater than previously announced spending cut.

About 1.5 million Saudis are employed in the government sector, according to official figures released in December.

In 2018, Saudi Arabia’s King Salman ordered a monthly payment of 1,000 riyals ($267) to every state employee to compensate them for rising living costs.

“Tripling the VAT will test the limits of the balance between revenues and consumption as the economy dives into a deep recession. The move will impact consumption and could also lower the expected revenues,” said John Sfakianakis, a Gulf expert at the University of Cambridge.

“These are pro-austerity and pro-revenue moves rather than pro-growth ones,” he said.

Hasnain Malik, head of equity strategy at Tellimer, said the VAT rise could bring about $24-$26.5 billion in additional non-oil fiscal revenue. The rise would hit consumer spending further but was a needed step towards fiscal sustainability.