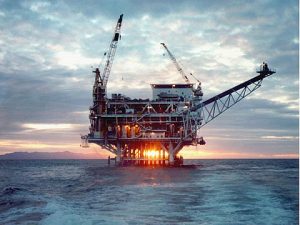 The 42 percent run-up in WTI from $47/bbl in August to its January peak was the result of OPEC’s 1.8 million barrels daily (MMbopd) production cut implemented Jan. 1, 2017 and an unusual number of one off events including pipeline disruptions, hurricanes and a brutal January cold snap as wells as increased geopolitical anxiety.

The OPEC cut targeted a reduction in surplus OECD inventories to the 5-year average, which it calculated was a record high of 380 million barrels larger in 1Q16. The OECD accounts for 48 percent of total world oil demand. OPEC targeted a $60-65/bbl oil price at the time it announced its cut which was recently surpassed.

By OPEC’s estimate, the surplus in OECD inventories fell to 109 million barrels in December. When it announced its cut, OPEC anticipated the surplus in OECD inventories would have declined much faster. Instead, production in Libya and Nigeria increased. They were exempted from the cut because of internal upheaval which depressed their production to unusually low levels. In 2017, Iraq’s production averaged 4.47 MMbopd, which is 123 thousand barrels daily (Mbopd) above its quota under the OPEC cut.

When OPEC announced its cut, it also did not anticipate the robust growth in U.S. unconventional production. Total U.S. crude and liquids production increased 1.59 MMbopd over the year in 4Q17.

U.S. Drilling Responds to Oil Prices with a Lag

The U.S. oil rig count responded strongly to the announcement of OPEC’s production cut and the resulting jump in oil prices a year ago. Producers used the opportunity to hedge their production.

After a high of $53/bbl in February, WTI declined to a low under $47/bbl in July. With a typical lag, the oil directed rig count eventually flattened and then declined 4 percent, hitting a low of 738 in November.

With the strong upswing in oil prices from August, again with a typical lag, the U.S. oil rig count increased 8 percent to a high of 799 in the latest week.

The cost per well continued to decline in 2017 and wells are now more productive, significantly improving return on investment for producers and reducing the oil price needed to breakeven after offsetting the cost of oilfield services inflation. The new U.S. tax law will reduce breakevens in U.S. resource plays by $2/bbl and by $4/bbl on average in the Gulf of Mexico.

If WTI declines to the mid/upper $50s, experience indicates the oil rig count may flatten somewhere around 820 in May or June if oil prices stabilize. In that event, the current explosive growth in U.S. crude and liquids would slow, but still reach 15.70 MMbopd in 4Q18, up 1.82 MMbopd over 4Q17.

Permian producers are OPEC’s biggest challenge. The recovery in U.S. activity is led by the Permian Basin, where the rig count is 55 percent of the total U.S. oil directed rig count. In 4Q17, Permian oil production was 2.66 MMbopd, up 612 Mbopd year over year Y/Y. Other Lower 48 oil production also increased 595 Mbopd. Preliminary estimates of 1Q18 production show a 245 Mbopd sequential increase in the Permian, while other onshore production declines 18 Mbopd.

If the Permian rig count also flattens in May or June, Permian production would reach 3.75 MMbopd in 4Q18, up 1.10 MMbopd Y/Y. All other U.S. oil production including the Gulf of Mexico is projected to increase 25 Mbopd over the period.

Latest data shows the surplus in OECD inventories will increase seasonally in 1Q18, and then remain relatively flat the next 3 quarters to end the year relatively unchanged with OPEC’s December estimate, and still above the 5-year OECD average.