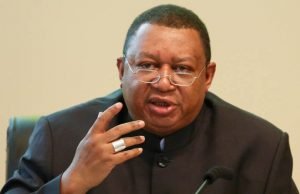 London — Oil prices steadied on Tuesday after two days of losses amid U.S.-China trade talks which have investors on edge, but OPEC said it hoped to balance markets beyond 2020 in a sign of possible further supply curbs.

The National Bureau of Statistics (NBS) reported on Tuesday that China’s factory gate prices declined at the fastest pace in more than three years in September.

That followed customs data on Monday that showed Chinese imports had contracted for a fifth straight month.

The U.S.-China trade dispute also continued to cast a shadow on the global economy.

U.S. President Donald Trump on Friday outlined the first phase of a deal to end the trade war with China and suspended a threatened tariff hike, however an agreement has remained elusive and questions loom over future oil demand.

“The oil market saw sharp losses as the first steps taken by the U.S. and China were seen with caution,” global oil strategist at BNP Paribas in London Harry Tchilinguirian told the Reuters Global Oil Forum.

“Concerns over the fallout of a negative outcome to these negotiations on the global economy and thus oil demand are running high.”

Providing some support, OPEC Secretary-General Mohammad Barkindo said on Tuesday the Organization of the Petroleum Exporting Countries and its allies “will do whatever (is) in its power” to sustain oil market stability beyond 2020.

OPEC, Russia and other producers have since January implemented a deal to cut oil output by 1.2 million bpd to support the market.

RBC Capital Markets on Tuesday lowered its 2020 price outlook for both benchmarks by several dollars, citing volatility which undermines the “market’s ability to accurately reflect the fundamental backdrop”.

On Monday U.S. President Trump imposed sanctions on Turkey and demanded the NATO ally stop a military incursion in northeast Syria that is rapidly reshaping the battlefield of the world’s deadliest ongoing war.

The move highlights increasing instability in the Middle East amid months of attacks on tankers and oil sites in and around the oil-exporting Gulf region.

Prices could yet get a boost this week as investors are expecting a drawdown in crude inventories in the United States.

“This week … markets are expecting to see a draw (on) U.S. stockpiles and possibly further escalations in the Middle East,” said Edward Moya, senior market analyst at OANDA.

The next weekly U.S. oil inventory reports are due out from industry group the American Petroleum Institute and the U.S. Energy Information Administration on Oct. 16.
– Reuters