Oil-producing states get N36.19bn in September 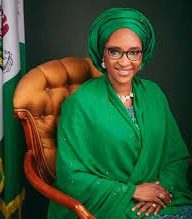 Lagos – Oil-producing states in the country received N36.19bn as 13 percent derivation fund in the month of September, according to a communique issued by the Federation Accounts Allocation Committee after its October 2020 meeting.

The meeting, which held at the headquarters of the Federal Ministry of Finance in Abuja, was chaired by the Permanent Secretary in the ministry, Aliyu Ahmed.

The communique indicated that the Federal Government got N255.75 billion from the Federation Account during the month, while states and local governments received N185.65 billion and N138.44 billion respectively.

These figures came from the overall N639.9 billion available to the three tiers of government in the Federation Account during the month under review.