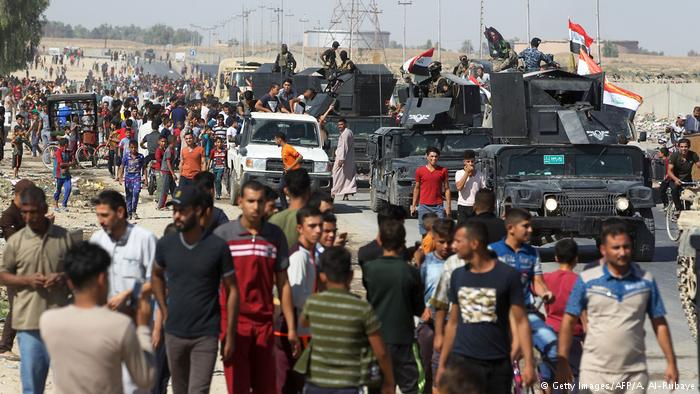 Iraqi Kurdistan briefly shut down some 350,000 barrels per day (bpd) of production from the major Bai Hassan and Avana oilfields due to security concerns.

Iraq launched the operation on Sunday as the crisis between Baghdad and the Kurdish Regional Government (KRG) escalated. The KRG voted for independence in a Sept. 25 referendum.

The government said its troops had taken control of Iraq’s North Oil Co, and the fields quickly resumed production. The KRG government said oil continued to flow through the export pipeline, and it would take no steps to stop it.

Still, the action unsettled the market. Some 600,000 bpd of oil is produced in the region, and Turkey has threatened to shut a KRG-operated pipeline at Baghdad’s request.

“Government control of the oilfields and Kurdish control of the pipeline creates challenges for the continuation of oil exports,” wrote the Eurasia Group in a note. “Baghdad will still need a new revenue sharing agreement with Irbil and the various Kurdish parties.”

There are also renewed worries over U.S. sanctions against Iran. U.S. President Donald Trump on Friday refused to certify that Tehran was complying with the accord even though international inspectors say it is.

Congress now has 60 days to decide whether to reimpose economic sanctions on Tehran.

During the previous round of sanctions, roughly 1 million bpd of Iranian oil was cut off. Analysts said renewed sanctions were unlikely to curtail that level of exports, but warned it could still be disruptive.

Cuts to U.S. drilling rigs, and an explosion overnight at an oil rig in Louisiana’s Lake Pontchartrain, also supported the market.

Oil consumption has been strong, especially in China, where the central bank governor said the economy is expected to grow 7 percent in the second half, defying widespread expectations for a slowdown.

Sources said China was offering to buy up to 5 percent of Saudi Aramco directly, a move that could give Saudi Arabia more flexibility as it plans to float the world’s biggest oil producer on the stock market.