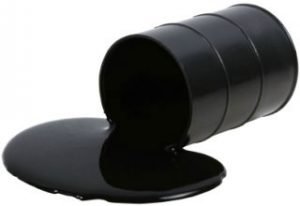 London — Oil prices rose on Tuesday as analysts took the view that renewed lockdown restrictions would have only a limited impact on fuel demand, partly reversing a steep drop in prices the previous day.

Markets were nervous about fuel demand in countries such as Britain, where the government will tell people to work from home again and will impose new curbs on pubs, bars and restaurants.

“As any new restrictions will likely be more localised, the oil demand recovery should still continue, although at a slower pace with the easiest demand gains behind us,” UBS oil analyst Giovanni Staunovo said.

Monday’s price slump was spurred by concerns of an increase in coronavirus cases in major markets.

“Losing $2 a barrel yesterday is quite a steep drop, so the market today is adjusting,” said Bjornar Tonhaugen, Rystad Energy’s head of oil markets.

The easing of the oil blockade in Libya also pressured prices on Monday, but analysts expected the market to remain undersupplied as Libyan exports were unlikely to quickly reach the levels seen before the conflict.

Libya’s National Oil Company said it expected oil production to rise to 260,000 barrels per day (bpd) next week. Libya produced around 1.2 million bpd – over 1% of global production – before the blockade.

“The path towards a new normal on the oil market has become bumpier, but we still see demand topping supplies on the margin and the surplus slowly disappearing,” said Norbert Rucker, analyst at Swiss bank Julius Baer.

Crude prices, which fell about 5% on Monday, also won some respite as Texas refineries stayed open after a tropical storm was expected to keep losing strength, allaying worries about U.S. refinery demand for feedstock.

Traders are awaiting the American Petroleum Institute’s data on U.S. oil inventories due later on Tuesday.