on: November 30, 2020In: Community Development, featured 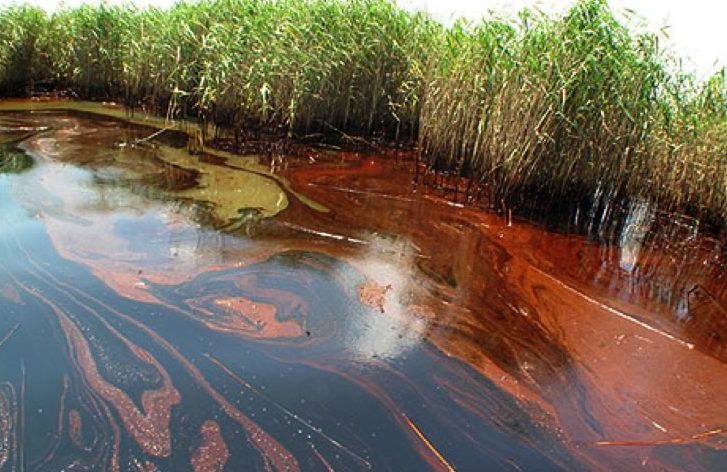 Port Harcourt — Four farmers from three villages in the Niger Delta, whose sources of livelihoods was affected by oil spills from facilities operated by the Shell Petroleum Development Company of Nigeria Limited, SPDC, have groaned over their losses, while anticipating justice.

This is coming 12years after they had filed a suit against Royal Dutch Shell and SPDC in Netherlands, challenging the inaction of Shell to have contained the spill when it occurred; redress the environment by recovering it; and not taking into account that people’s source of livelihoods were badly destroyed.

The farmers, together with Milieudefensie (Friends of the Earth Netherlands), are demanding for remediation and compensation from the Dutch oil firm, and that Shell must do more to prevent new spills, including maintenance of the pipelines.

The case has been in Dutch courts since 2008; in 2018, the court ruled that Royal Dutch Shell in the Netherlands, could be held accountable for environmental damages caused abroad by their subsidiaries.

Appeal was heard on the 8th and 9th of October 2020 and 29th of January 2021 has been set aside for delivery of judgement by an Appeal Court in the Hague.

Two of the four original plaintiff are dead, Alali Efanga did not live to see the lawsuit resolved; he died in 2016. Another plaintiff, Barizaa Dooh, died previously- but their sons, Eric Barizaa Dooh and Princewill Alali Efanga, have become appellants in the case.

Narrating their predicament to our correspondent in a separate interview, the appellants lamented that Shell’s leaking pipelines have made life in their villages nearly impossible.

They explained that before the spills, they were able to provide a satisfactory living for themselves, but since the oil spills have occurred, that was no longer possible as their families in the villages live in poverty, extremely unhealthy surroundings, and child and elderly often succumb to illness and death caused by the oil pollution.

Elder Friday Albert Akpan, whose fish ponds were destroyed by leaks from SPDC facility in Ikot Ada Udo, Akwa Ibom State, had won his case in a Dutch’s lower court, but has not reaped the benefit of that because of the current appeal in the Hague.

“I was one of those who won the case against Shell in Netherlands, and Shell was given the mandate to pay me and remediate the environment, but up till now, Shell has not shown up.

“So I am waiting for Shell to pay for the damages they caused in my fish ponds and clean up the environment for restocking.”

For his part, Chief Fidelis Oguru, of Oruma village in Bayelsa State, who has now lost his sight, lamented that he has become miserable as pollution caused by Shell rendered him financially helpless.

“The economic trees were destroyed, my fish farms destroyed and due to lack of good nutrition, I have even lost my sight. My wife is down in health, I lost my son in University College Teaching Hospital in Ibadan, due to lack of funds for his surgery.

“I want Shell to remediate the land and pay me compensation so my life can go back to normal.”

While Eric Barizaa Dooh, the son of late Chief Barizaa Dooh, who’s fathers investments including, a bakery, a nursery and primary school as well as fish farm were razed in Goi, by fire caused by leaks from the Trans Niger Pipeline operated by SPDC in Mogho community.

“In 2004, there was a spill from TNP in Mogho, 1.5metres away from my home in Goi. The spill occurred in the night and by morning, our community was covered in crude oil and then fire from the spill source also burned to our community, consuming all my father’s investments, including a bakery, a school and a fish farm.

“Shell’s investment which is crude oil, ran into our own investments. My father’s investment had no bearing with oil. It’s like someone who parked his car along the road and another car ran into it.

“I don’t care to know the cause of the spill, whether sabotage or equipment failure. Shell must compensate me for what their investment has caused. Shell should come and remediate Goi community, so that we can reinvest and then pay us compensation.”

Meanwhile, Environmental Rights Action, has expressed optimism that the Dutch court will give the Nigerian farmers justice.

Acting Executive Director of ERA, Chima Williams, called on the Nigerian government to support her citizens to bring extractive companies to remedy the harm caused her citizens and their environment to pave the way for a healthy relationship between the citizens, companies and government.

“These type of cases wouldn’t have been necessary assuming all the multinationals operating in Nigeria had respect for the rights of the Nigerian citizens and their environment or where there were breaches, offered immediate remedies.”