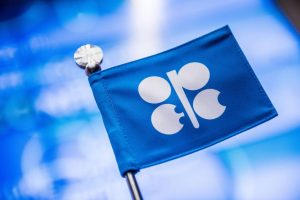 05 October 2017, London — Oil prices steadied on Thursday on expectations that Saudi Arabia and Russia would extend production cuts, although record U.S. exports and the return of supply from a Libyan oilfield dragged on the market.

“Oil news is contradictory,” said Carsten Fritsch, an analyst at Commerzbank in Frankfurt. “OPEC and Russia are talking about extending production limits, but there’s still plenty of supply with U.S. crude exports up sharply.”

Both crude benchmarks have fallen more than 5 percent over the last week as investors have booked profits after almost three months of gains.

Russian President Vladimir Putin said on Wednesday that a pledge by the Organization of the Petroleum Exporting Countries and other producers, including Russia, to cut oil output to boost prices could be extended to the end of 2018, instead of expiring in March 2018.

The statement came ahead of a visit by Saudi Arabia’s King Salman to Moscow.

“Putin and Salman will most likely reach, but not announce, an agreement to extend the OPEC/non-OPEC production deal, though with a commitment to tapering the cuts,” said consultancy Eurasia Group.

The pact on cutting output by about 1.8 million barrels per day (bpd) took effect in January this year.

Despite this, other factors weighed on oil prices.

Sukrit Vijayakar at consultancy Trifecta said these included the return to production of Libya’s Sharara oilfield after an armed brigade forced a two-day shutdown.

The increase has been triggered by the wide discount in U.S. crude prices against Brent WTCLc1-LCOc1, making U.S. oil attractive on world markets.

Beyond short-term market drivers, analysts at Barclays bank said future oil demand could be undermined by improving fuel-efficiency and the rise of electric vehicles (EV).

“EV uptake and increased fleet fuel-efficiency could cut oil demand by around 3.5 million bpd in 2025,” the bank said. That is almost as much as major OPEC member Iran produces.

If the uptake of EVs rose to one-third of new cars by 2040, as many industry analysts expect, up from just 1 percent now, that could “affect oil demand by around 9 million bpd”, Barclays said.