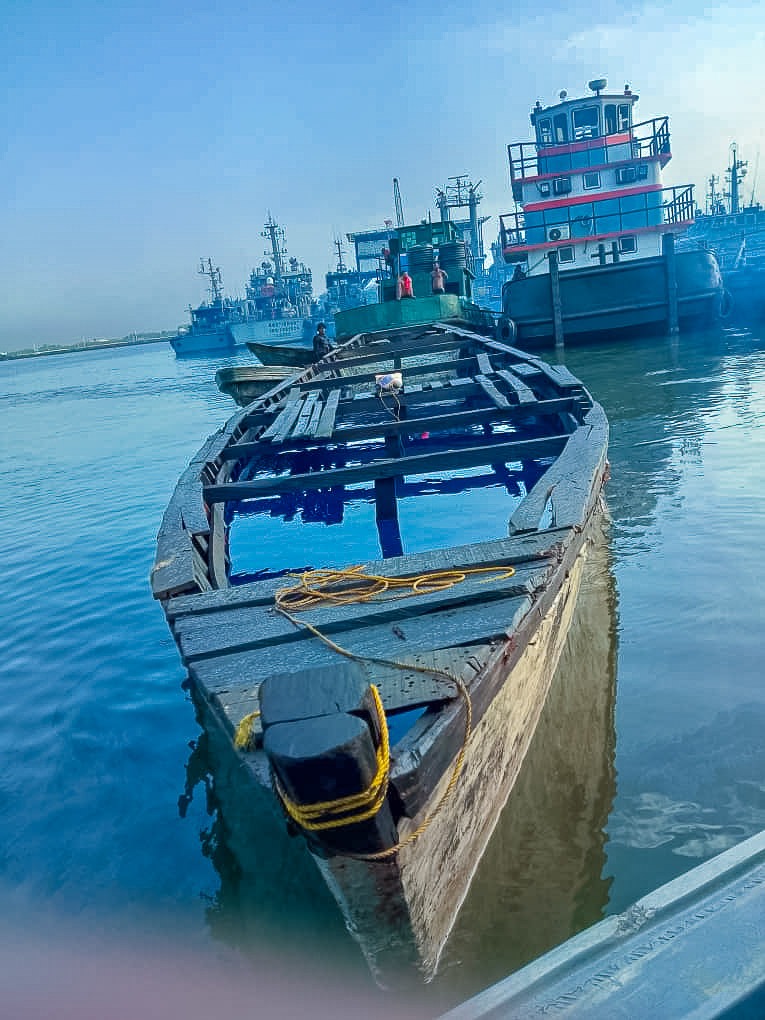 *One of the impounded boats laden with suspected illegally refined AGO

NSCDC Acting State Commandant in Rivers State, DC Claire Okpo, said one of the suspect was arrested while vandalizing a pipeline operated by the Nigerian Agip Oil Company

Okpo while briefing newsmen in Port Harcourt said the suspect was arrested while conveying already vandalized oil pipes in a Toyota Bus with registration number Anambra NSH252YY at Mbiama Road in Ahoada West Local Government Area of the state.

She assured that the Rivers State Command of NSCDC under her watch, will not go below the already existing standard in the fight against criminalities in the State.

“In addition, the Marine Team of the Command Antivandal Squad patrolling the waterways Impounded an abandoned wooden boat containing AGO while nine suspects, two wooden boats and two fibre boats were handed over to the Command by the NNS Pathfinder based on the existing inter-agency collaborations and synergy.”

The Acting Commandant also disclosed that preliminary investigation report showed that one of the suspects arrested in connection with sabotage of Agip’s pipeline negotiated about N320,000 and paid N250,000 for the vandalized pipes.

She further said the Command’ s marine team on waterways patrol along Bakana river impounded a wooden boat with 8HP engine laden with illegally refined AGO.

“The suspects upon sighting the NSCDC team dived into the water and abandoned the wooden boat with its contents.”

She affirmed that all the 11 suspects would be charged to Court while application for forfeitures of the products and mode of conveyance would be made and proceeds be remitted to the Federal Government coffers.

“Let me reassure the public that we will not relent in our commitment to combating the menace of illegal oil bunkering both on land and waterways especially as such condemnable act often lead to environmental degradation, pollution and economic sabotage of the nation.

“Our synergy with Sister security agencies remains very robust; we enjoin the Public to continue to give us credible Intelligence that would assist in nipping in the bud all perpetrators who definitely will not go unpunished.”