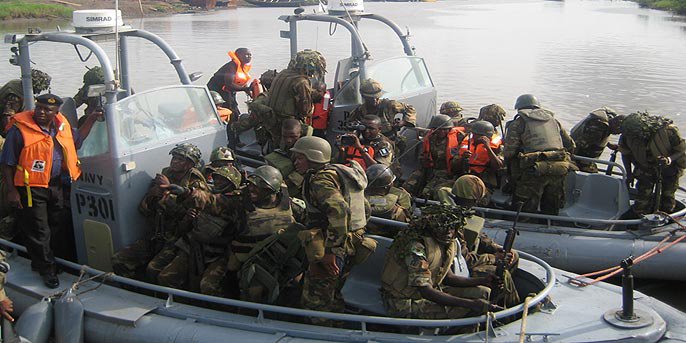 Port Harcourt — The Arewa Consultative Forum has charged the new Service Chiefs to deploy all senior military officers serving in the Niger Delta to combat insurgency in the North East, accusing them of being involved in oil theft in the region.

Leader of Arewa Consultative Forum, Southern Nigeria, Alhaji Musa Saidu, speaking exclusively to our correspondent, said he has evidence on how security operatives aide and abet oil theft and illegal bunkering activities in the Niger Delta.

Saidu who is also an Adviser to IPMAN President, Elder Chinedu Okoronkwo, wonder why the military would always redeployed the General Officer Commanding, while leaving behind other senior officers, who he said are benefiting from illegal bunkering activities.

“The soot in Rivers State is as a result of illegal refining. So we are appealing to the new Service Chiefs to transfer all the senior military officers in the Niger Delta down to the North East.

“Let them go and combat Boko Haram insurgents, because they all have now become professional bunkerers.

“Only the GOCs are redeployed every now and then, but the senior officers who are actively involved in oil theft and illegal bunkering are not being redeployed. Some of them have been in one station for many years and that is why the Government cannot win the war against oil theft.”

The Arewa group also charged Rivers State Governor Nyesom Wike, to take charge in the fight against oil theft in the state, since illegal refining activities was the root cause of hydrocarbon soot in the state.

“The Rivers State Governor who claims he is fighting for the masses should also fight for their health too. So that all of us will not die from cancer, our lives are in danger.

“Soot is as a result of oil theft, illegal refining and bunkering in Rivers state.

“The communities too should rise up and defend their environment against these killers, illegal refiners are killers because soot precipitate cancer.”