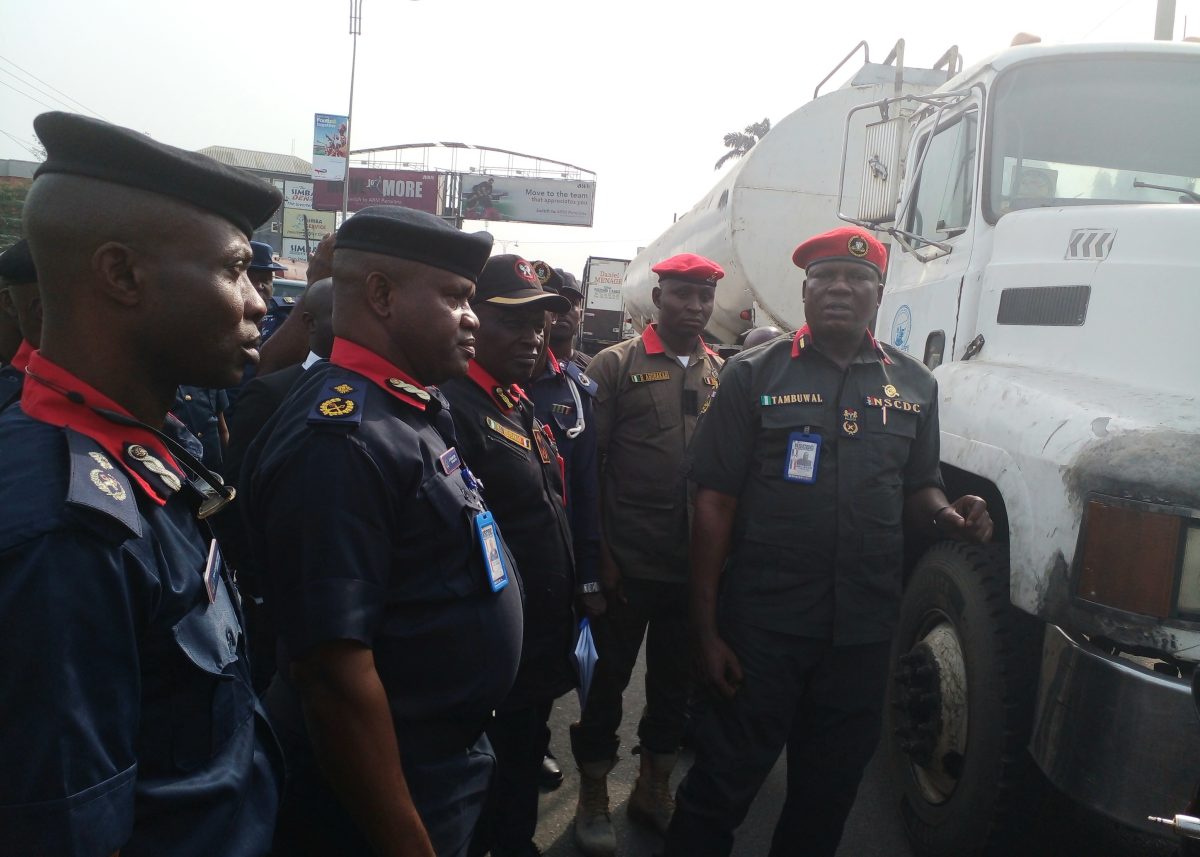 Port Harcourt — The Nigerian Security and Civil Defence Corp has reiterated that oil theft, illegal oil bunkering and illegal oil refining activities must be checked, assuring that the Corp has intensified its fight against the menace.

Tambuwal who disclosed that the arrests were made between January 22nd 2022 and Feburary 1st 2022, explained that the issue of oil theft and illegal oil bunkering has been a disturbing issue in Rivers State, which he said was a strategic state in the country.

He said the feat was made by the Commandant General’s Special Intelligence Squad, deployed to the state to carry out microscopic investigation and monitoring of oil pipelines in the state in a bid to curtail vandals against the nefarious activities of oil theft, illegal oil bunkering and other related matters.

“Oil theft must be checked. NSCDC is all out for this very important and startegic fight, which we must win. The directive from the Commandant General is that we must intensify the fight against illegal oil bunkering and also illegal activities by vandals and other miscreants in the state.

“We must vigorously carryout series of marine operations and land operations in the state to ensure effective service delivery.

“The ongoing fight against vandalism of the critical Assets and Infrastructures in Rivers state will not stop until the state is rid of most, if not all the oil thieves who are bent on causing environmental hazards.

“I came with the mandate from my Commandant General Dr. Ahmed Audi to make sure all the oil thieves within and around Rivers state either relocate from Rivers state or stay clear of all the pipelines.

“On 22nd January, 2022 at about 0058hrs, two suspected oil thieves were arrested at an illegal bunkering site in Emohua LGA of the state.

“On 28th January 2022 at about 0207yrs at Rumuekpe in Emohua LGA, nine suspected oil thieves were arrested with illegally refined AGO and DPK stacked in three different SUB Toyota cars.

“On 31st January, 2022 at about 2330hrs along Abonnema Wharf Road, the Command recovered a Black Volkswagen Golfcar with Reg. No. Lagos TE769XAA loaded with unspecified quantity of suspected illegally refined AGo.

“Also within the same area, and time, a green Honda Accord car with registration number Lagos, KRD116EH loaded with unspecified quantity of suspected illegally refined AGO concealed in sacks was recovered from the suspect named Jack Ofonye ‘Male’ 32years.

“Today, the 1st February, 2022 at about 0610hrs, the Command also impounded three vehicles laden with unspecified quantity of suspected illegally refined AGO concealed in sack bags.