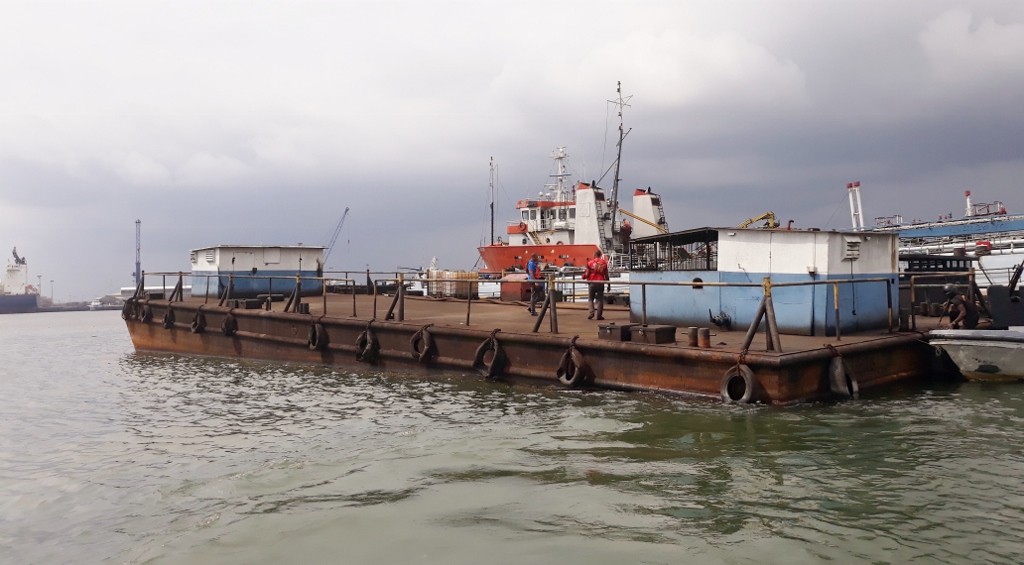 The Commander, Nigerian Navy Ship Victory, Rear Admiral Vincent Okeke, disclosed this while handing over the suspects and the seized product to the Nigeria Security and Civil Defence Corps in Calabar, Cross River State.

Okeke said said preliminary investigation has revealed that the adulterated diesel was refined and loaded in Bille, Degema Local Government Area of Rivers State and was on its way to Cameroon before it was intercepted by men of the Nigerian Navy.

The impounded product and the four suspects, Emma Effiong, Victor Okon and Kingsley Etim from Nigeria, and Daniel Nekoli, a Cameroonian, were handed over to the Cross River State Commandant of the NSCDC, Danladi Elisha.

“On Friday, December 27, 2019, the NNS Victory team on routine patrol intercepted a wooden boat laden with 144 drums of petroleum product suspected to be illegally refined AGO around Agbana West by the Tom Shot Island Breakwaters.

“The boat crew and the impounded product were escorted to the base. Upon arrival at the jetty, a total of 144 drums of illegally refined AGO were offloaded from the boat.

“Investigations revealed that the suspected illegally refined AGO was loaded from the Bile creek in Rivers State and the boat was destined for Cameroon before arrest..

Okeke also disclosed that NNS Victory is aware of the desperation of smugglers to bring contraband goods into the country in this period for personal economic gain.

“This is indicated by the fact that within the last eight weeks, the base has recorded nine major arrests of contraband items worth over N236,236,000.

“Expectedly, the base has intensified patrol to curb the heightened rate of smuggling or any other nefarious crimes, both on water and the adjoining land areas.”

Receiving the suspects, the Cross River State Commandant of NSCDC, Danladi Elisha, assured that after further investigation, the suspects and the product would be charged to court accordingly for onward prosecution.