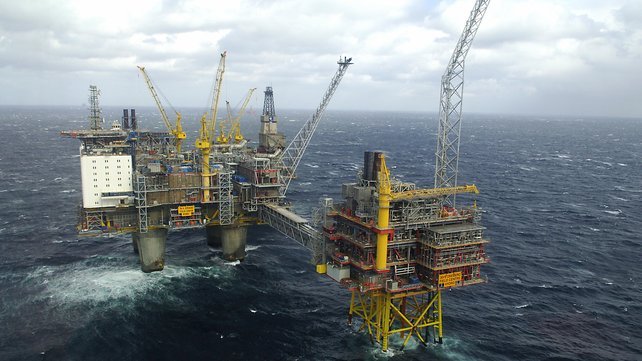 21 May 2018, London — Oil declined on Monday, surrendering early gains, although the prospect of an easing in trade tensions between the United States and China helped stem losses.

“Nevertheless, signs of receding trade tensions between the U.S. and China, together with ongoing geopolitical tensions in the Middle East and Venezuela’s deteriorating economic scenario, are limiting losses.”

A possible U.S. trade war with China is “on hold” after the world’s two largest economies agreed to drop their tariff threats while they work on a wider trade agreement, U.S. Treasury Secretary Steven Mnuchin said on Sunday, giving global markets a lift in early Monday trade.

“It’s worth watching St Petersburg at the end of this week. That could provide the key input for the next few weeks,” Petromatrix strategist Olivier Jakob said.

BP Chief Executive Bob Dudley told Reuters he expected a flood of U.S. shale and a possible reopening of OPEC taps to cool oil markets after crude rose above $80 a barrel last week.

Dudley said he saw oil prices falling to between $50 and $65 a barrel due to surging shale output and OPEC’s capacity to boost production to cover a potential shortfall in Iranian supplies due to sanctions.

The United States is actively considering oil sanctions on OPEC member Venezuela, which has seen output fall by a third in two years to its lowest in decades.

Fund managers cut their holdings of U.S. crude to the lowest level this year, according to data from the U.S. Commodity Futures Trading Commission on Friday. [CFTC/]
*Amanda Cooper, Editing: Dale Hudson – Reuters