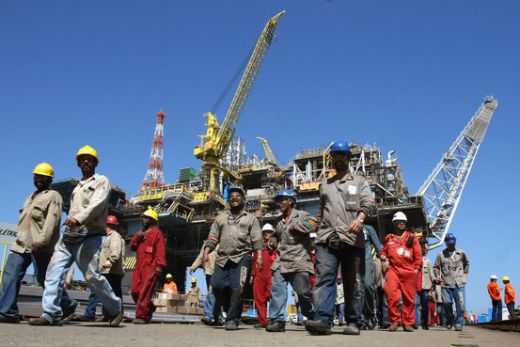 Lagos — Oil workers under the umbrella of the Petroleum and Natural Gas Senior Staff Association of Nigeria, PENGASSAN and National Union of Petroleum and Natural Gas workers, NUPENG on Tuesday issued a 7-day ultimatum to the federal government over breach of agreement on the implementation of the Integrated Payroll and Personnel Information System, IPPIS to their members and failure to pay arrears of 22month owed their members working with, Nigerian Nuclear Regulatory Authority NNRA.

According to the letter jointly endorsed by the two labour unions and issued to the ministry of Labour and Employment, the unions declared a total shutdown of oil and gas facilities and distribution of Petroleum products in the entire county if their needs are not met.

“ Part of our grievances is the gross disobedience of Baker Hughes, a servicing company with his head office in Lagos and operation base in Port Harcourt, to various directives of the Federal Ministry of Labour and Employment and the Department of Petroleum Resources bothering on redundancy discussion between the company and the Labour unions”.

“Our source who will like to be anonymous informed us that the association has taken to Picketing the facilities of the company after locking out 64 of their members in total disregard to all the directives of ministry of Labour and DPR while agreement on the redundancy has is yet to be reached by parties involved”.

“We were informed that the department of Petroleum Resources has threatened to withdraw all the operating licenses it has issued to the BakerHughes due to the company’s non-compliance to regulatory standards in releasing oil and gas workers in Nigeria”, the letter read.