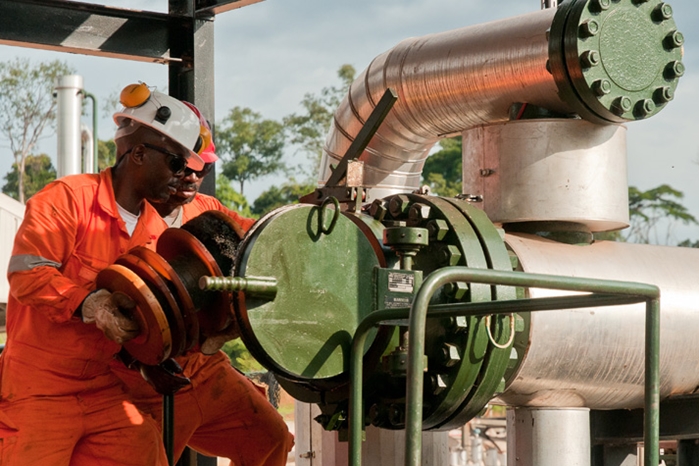 27 September 2018, Sweetcrude, Port Harcourt — Another round of hardship awaits Nigerians, as oil workers in the country are ready to shut-down the petroleum industry on October 31, 2018, should Chevron Nigeria Limited go-ahead to disengaged their members under her employment after the end of their contract.

Recall that there has been an industrial face-off between oil workers’ unions in the country and CNL bordering on the company’s modus operandi in terms of workers casualization, contractors and the company’s disclosure that contracts with all its manpower services providers would expire by October 2018.

Speaking, PENGASSAN Chairman, port Harcourt zone, Mr. Azubuike Azubuike, told our correspondent exclusively that the crux of the matter was Chevron’s penchant for hiring and firing contractors and contract workers at will, adding that the labour unions have tried to dialogue with the company on the matter to no avail.

Azubuike explained said the two oil workers’ union are expected to meet with the Minister of Labour, Dr. Chris Ngige, and the management of Chevron on Friday to chart a way forward.

He warned that if the company does not meet the demands of the unions after the meeting with the Minister, both NUPENG and PENGASSAN will shut down their services in the country indefinitely, which would affect the upstream, the midstream and the downstream sector of the industry.

“If you know the way Chevron structure their contractual staff, I think you will pity Nigerians as if we don’t have a government. These companies they give contracts jobs to contractors, they withdraw it at will and gives to another contractor. So people will be on contract jobs for years without improvement.

“Before now we have tried to dialogue with the company, they scatter the contractors, before we know it we heard of H15 and M15, so where they have a contract for one person they will now expand it to those 15 companies.

“Now instead of staffing these contract workers, they will close the contractual agreement and go ahead to give the contract to another contractor, the new contractor will now have a new set of workers to hire.

“By Friday we are going for a meeting with the Minister of Labour because they (Chevron) said the contracts would end October 31st, so if they go ahead to make good their threats to disengaged the workers, we will withdraw our services immediately, both NUPENG and PENGASSAN,” Azubuike said.