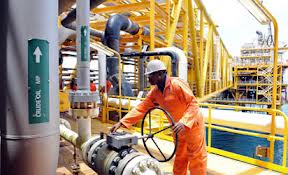 29 November 2012, Sweetcrude, Abuja – Oil workers, recently, picketed the offices of Shell and Chevron in Nigeria over potential plans to cut jobs, amidst union demands for temporary employees to be given permanent contracts.

The protest however, had not affected oil production in Africa’s largest crude oil producer.

“The offices of Shell and Chevron in Port Harcourt and Warri, as well as Lagos and Abuja, have been blocked by our members,” said Tokunbo Korodo, an official with the blue-collar oil workers union NUPENG, naming Nigerian cities.

“No worker is allowed into the premises.” He said the picketing of the two
firms, which began Monday, would continue “until the management heeds our demands to scrap their anti-labour practices.”

Korodo said the union’s action has affected only administrative
operations in the two companies.

Shell had begun selling off its stakes in a number of onshore oil fields in Nigeria, a move analysts say signals its interest in increasingly shifting its focus offshore, where the risk of theft and sabotage is reduced.

The company in a statement denied the allegations of anti-union policies and said that affected workers were being compensated.

The Anglo-Dutch oil giant said it was “currently divesting from a number of its assets in Western Niger Delta as agreed by joint venture partners and approved by the federal government.

“This is part of a portfolio realignment exercise that will also help to grow indigenous capacity in the oil and gas industry,” it added.