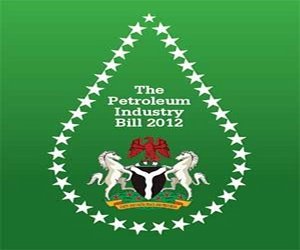 30 July 2013, Lagos – Members of the Petroleum and Natural Gas Senior Staff Association of Nigeria, PENGASSAN, and the National Union of Petroleum and Natural Gas Workers, NUPENG, have condemned what they described as the ways and manners the Senate Joint Committee on Petroleum Industry Bill, PIB, conducted and ended its public hearing without allowing “critical and strategic stakeholders in the oil and gas industry to present their positions”.

They noted in a protest letter that the action of the Senate committee to allegedly exclude some stakeholders including PENGASSAN and NUPENG was deliberate and not in the interest of the nation.

They, therefore, demanded that their request to make their presentation through a “properly conducted public hearing” be granted in the interest of industrial peace and harmony and also to rekindle their confidence, and indeed that of other Nigerians, in the PIB legislative process.

In the protest letter jointly signed by the General Secretaries of PENGASSAN and NUPENG, Bayou Olowoshile and Isaac Aberare respectively, “which was submitted to the Secretariat of the Committee located at the basement of the Senate Building and received by a staff at the secretariat”, Mr. Lucas Jonah, the two workers’ unions said that the letter sent to them indicated that they would present their positions on the second day of the public hearing.

Part of the letter reads:  “We refer to the letter of invitation dated 3rd July 2013 and the subsequent news and advertorial in the Newspapers for the Senate Public Hearing organised by the Joint Senate Committee on the Petroleum Industry Bill (PIB) which was initially scheduled for Tuesday July 16, 2013 and Wednesday July 17, 2013, in which NUPENG-PENGASSAN was scheduled to make presentation on Day 2, that is, Wednesday July 17, 2013.

“We however learnt through the news that the Public Hearing of the Joint Senate Committee on the Petroleum Industry Bill has been rescheduled to Thursday July 18, 2013 and Friday July 19, 2013(2-days) which follows that NUPENG-PENGASSAN shall make presentation on the second day of the public hearing which is on Friday July 19 2013.

“To our shock and utter disappointment, we got to the Senate as early as 9a.m. on Friday July 19, 2013 and found out that the Committee has hurriedly concluded hearing on the bill on the first day (Thursday July 18, 2013) contrary to the advertised schedule of the Committee.

“From the way and manner the Senate Joint Committee on PIB conducted the Public Hearing, it is obvious that key stakeholder like NUPENG-PENGASSAN was specifically targeted to be denied the opportunity to make presentation at that public hearing because of our critical position against all unpatriotic interests in the bill.”

According to NUPENG and PENGASSAN, the PIB had suffered several stillbirths indicative of the intrigues and obscure agenda of some powerful individuals and organisations, which the unions strongly believed were targeted to achieving some already established selfish goals and objectives for perpetual exploitation of Nigeria’s hydrocarbon resource endowment and continued impoverishment of the ordinary Nigerians.

The unions said that they had submitted the required 50 copies of their memorandum and therefore demanded to be heard through a properly conducted public hearing, adding, “it behoves on the joint committee to ensure that we are granted this deserved fundamental right as key stakeholders.”