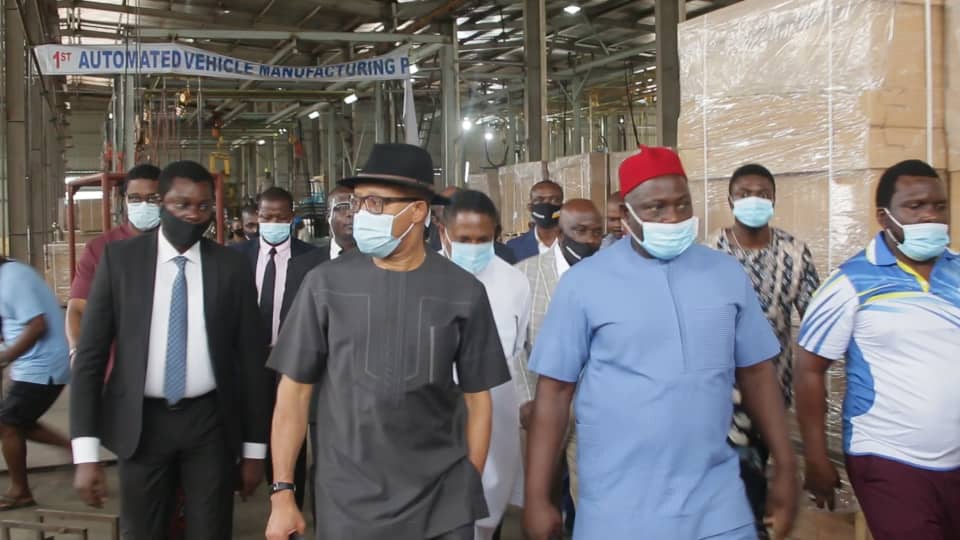 Lagos — Oilserv Group, an oil and gas company in Nigeria, has partnered Innoson Vehicle Motors, IVM with the aim of supporting local production of vehicles to be used in its oil and gas operations.

The Chairman/ Group CEO of Oilserv Group, Dr. Emeka Okwuosa, revealed this during a tour of the IVM manufacturing plant in Nnewi, Anambra State.

According to him, the essence of the visit was to encourage local content in the company, adding that Chairman/CEO, IVM, Innocent Chukwuma remains a brand among vehicle manufacturing companies.

“We are partnering IVM on vehicles that are going to be used in the oil and gas industry for our operations because the company is effective at fulfilling local content development,” he said.

The Oilserv chairman said Innocent Motors is a testimony to development of local capacity in Nigeria, adding that the company since the 2nd quarter of 2020, has transacted ₦600 million worth of projects with Innoson.

He said the newly confirmed partnership will further boost the economy and promote the use of local equipment and machinery.

In his remarks, Mr. Chukwuma lauded Oilserv management for its support towards promoting local capacity, while urging other companies and individuals to do same.

Mr. Chukwuma said the company sources about 60 percent of its materials in-country, adding that the company is a 100 percent manufacturing company and not assembling company.

According to him, the company imports only engines and lights while all electrical aspects and other equipment are being sourced in-country.

“We are proudly a Nigerian vehicle manufacturing company like Oilserv that has excelled in engineering.

“We also partner with the military and other companies in special vehicles manufacturing,” Chukwuma added.

According to him, products from both companies meet international standards.