on: February 18, 2018In: Community Development, featured 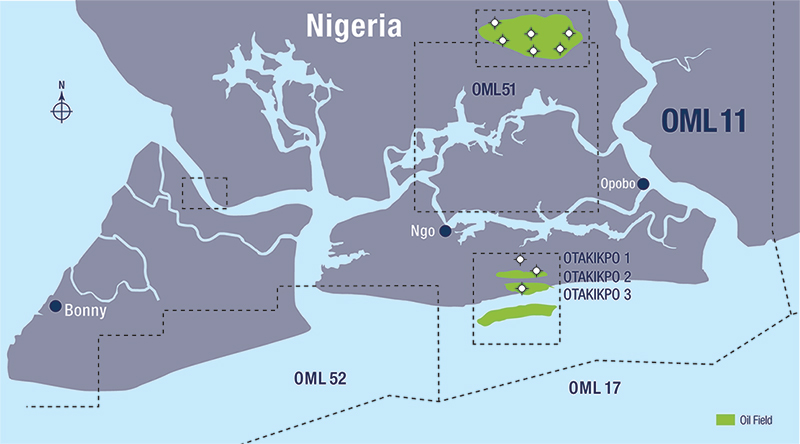 18 February 2018, Sweetcrude, Port Harcourt — 25-years after oil exploration activities came to a halt in OML 11, Royal Fathers in Ogoniland have made a U-turn to endorsed an indigenous oil firm, RoboMicheal Limited to commence operation in the Ogoni oilfield.

The 27 members of the Ogoni Traditional council which represents the 27 Monarchs in the Kingdom and communities of Ogoni, said the endorsement of RoboMicheal Limited was imperative as the company has been engaging with the people and already had obtained the operatorship license for OML11 from the Federal Government.

Spokesperson of the Supreme Council of Ogoni Traditional Rulers and Paramount Ruler of Kpite Community, HRH King Samuel Nnee, who read the communiqué to newsmen at the end of the meeting explained that RoboMicheal was committed to the development of Ogoniland.

Nnee explained that the resumption of oil exploration activities in Ogoniland by the indigenous oil firm will generate wealth, provide employment for Ogoni indigenes, and also open up the area, which has been impoverished by endless years of environmental degradation, to further investment opportunities.

“We, the Supreme Council of Ogni Traditional Rulers in consultation with our people, have resolved to adopt RoboMichael Limited as our preferred company to operate OML11 assets situated in our land in line with the decision of the Federal Republic of Nigeria.

“We further agreed that RoboMichael Limited only will be allowed to operate OML11 Ogoni fields, which was before now managed by SPDC.

“Robomichael in consultation with the community leaders will ensure community development projects that have been identified by the communities such as establishing schools, the building of power stations, provision of employment, establishing of modular refineries, awarding of scholarships etc, for the overall benefit of the people of Ogoni.

“Our youths whom after many years of training in the higher institutions with their certificates will stop roaming the streets in search of employment.”

The Supreme Council of Ogoni Traditional Rulers also thanked President Muhammadu Buhari and the Nigerian National Petroleum Corporation, NNPC for their interest in the development of the Ogoniland.

“We thank President Muhammadu Buhari and the management of NNPC for the interest shown in the re-entry plan into Ogoniland for the development of our people, communities and the country at large, through a partnership of NNPC and RoboMichael Limited.”

Also speaking, the Chairman, Conference of Ogoni Traditional Rulers, HRH King Suanu Baridam, assured that there was no division in Ogoniland, and the Supreme Council represents every community in Ogoni.

King Baridam who is the Gbenemene of Bua-Bangha Kingdom assured the people of Ogoni that information that RoboMicheal was not a proxy to SPDC, and challenged people to make their investigations to prove otherwise.

He added that although it was not a closed chapter for other companies to still discussed with Ogoni, the Royal Fathers resolved to adopt and endorsed RoboMicheal since the Federal Government through NAPIMS had already issued the company the operatorship license for OML11.

According to him, “The Supreme Council of Traditional Rulers of Ogoni are the fathers and heads of the entire communities of Ogoni. We have taken a decision a decision to work with Robomichael since the Federal Government has given them the license to explore oil in Ogoni.

“I can reliably inform you that MOSOP has not disagreed with the resumption of oil drilling in Ogoniland, MOSOP’s position is that any company coming to explore oil must adhere to its template.
“For us as the royal fathers and custodian of the land, we have taken our decision and RoboMicheal is our decision.”

It is pertinent to note that the Ogoni oilfield is one of the largest fields in Nigeria with about 140 oil wells with the capacity to produce over 100,00‎0barrels of crude oil per day.